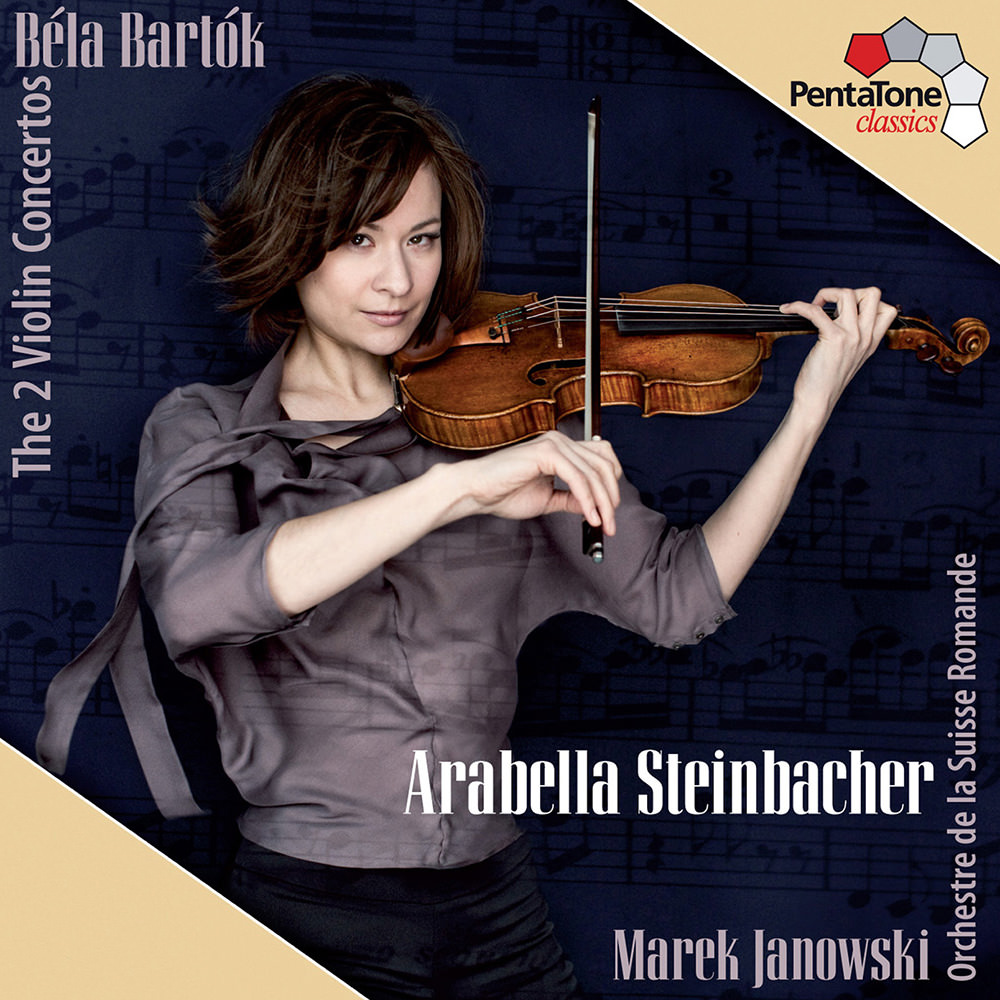 "Editor's Choice ... I can’t think of a version of the Second Concerto, past or present, where structure and content are more thoughtfully balanced, or where significant points in the score are more lovingly underlined ..."
- Gramophone

"Four Stars ... she brings great warmth to the lyrical First Concerto ... in the more ambitious and challenging Second Concerto she introduces a thrilling touch of steel into her playing. The Orchestre de la Suisse Romande is on fine form, with outstanding contributions from the brass section."
- The Telegraph

Violinist Arabella Steinbacher and the Orchestre de la Suisse Romande come together under the baton of Marek Janowski to present Béla Bartók's two violin concertos, one of his very first compositions alongside one of his most recorded. This album was named Editor's Choice by Gramophone and included on the magazine's list of the 10 best recordings of 20th century violin concertos.
96 kHz / 24-bit PCM and 2.8224 MHz DSD – PentaTone Studio Masters