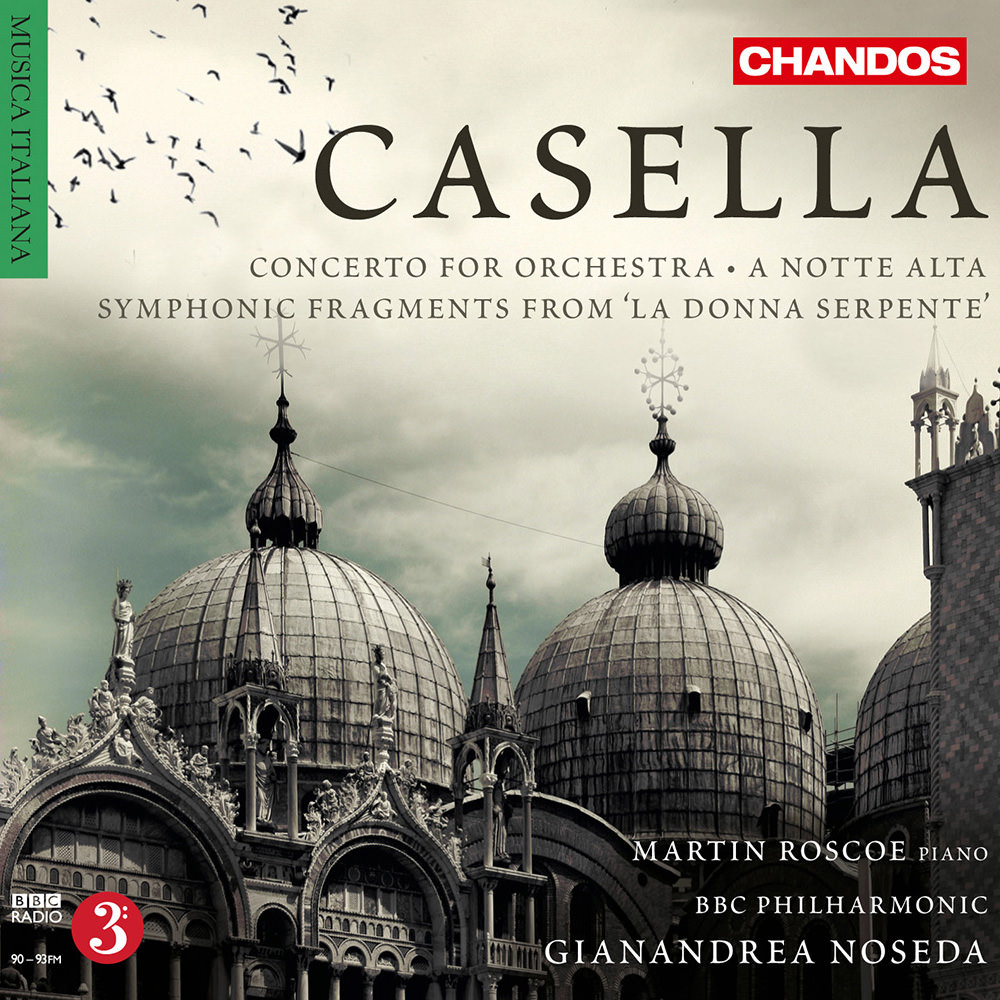 Available in 96 kHz / 24-bit AIFF, FLAC high resolution audio formats
"Four Stars ... Noseda and the BBC Philharmonic capture the verve and spirit of Casella’s oft-changing music." - BBC Music Magazine "... I am once again dumbstruck by how engaging and wonderful this music is.The orchestra plays its collective heart out ... (the) recording is stunning in its realism and impact." - MusicWeb International "The music is enchanting, scenic, lively and unfailingly attractive. Suffice to say that the performances are labours of love ... sounds quite superb ... with wonderful tangibility and perspective and clarity in perfect accord." - ClassicalSource.com "... beautifully done and compelling ... (the performance) is brilliant ... very well engineered. Casella remains one of the few unquestionably great 20th century composers who has yet to earn the acclaim he deserves. You owe it to yourself to get to know him." - ClassicsToday.com This is the second volume in a series of orchestral works by Alfredo Casella, performed by the BBC Philharmonic Orchestra and Gianandrea Noseda with pianist Martin Roscoe. While largely forgotten today, Casella is considered one of the most important composers of his generation, possessing creativity and rare technical skill in abundance, as demonstrated on the works on this recording.
96 kHz / 24-bit PCM – Chandos Studio Masters