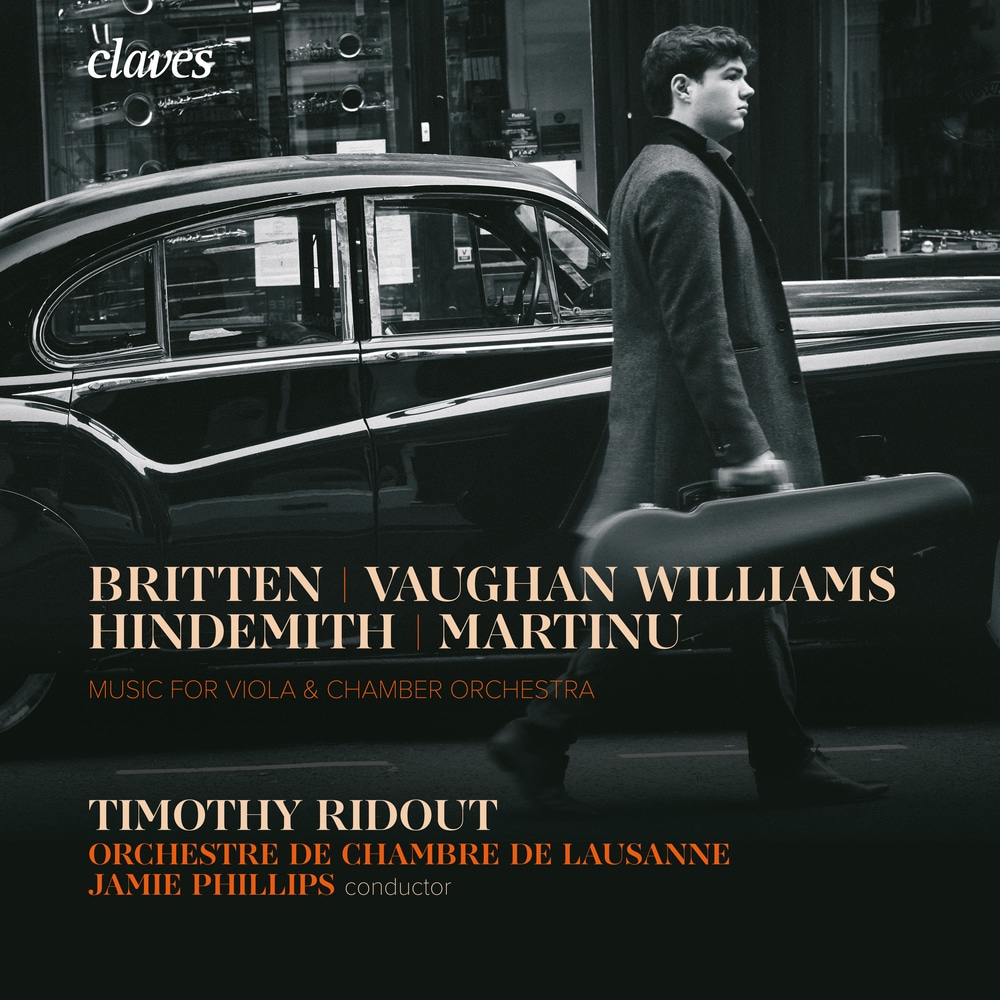 Available in 96 kHz / 24-bit AIFF, FLAC high resolution audio formats
The wealth of music composed for the viola in the 20th century almost lets one forget the dearth of it in the 19th, which brought forth only two solo works of note: Hector Berlioz’s Harold in Italy, a concerto commissioned by Paganini that sidelines the viola so much he refused to play it; and Richard Strauss’s Don Quixote, in which the solo viola is relegated to the part of the Don’s sidekick Sancho Panza. Sidelined and sidekicked – the viola’s fate seemed a fulfilment of the oft-quoted line from Quantz’s sometime flute treatise that “the viola is largely regarded among musicians as being of little significance”. It was only really in the 20th century that composers realised that the viola’s status of an in-between instrument could actually be to its advantage. It’s bigger than a violin, but tuned like a cello, and is both warmer in tone than the former, and much more agile than the latter. The viola then had the good fortune to become the preferred instrument of several important composers. Ralph Vaughan Williams (1872-1958) briefly toyed with going professional on it; Paul Hindemith (1895-1963) went the whole hog and made a living from it in the Amar Quartet and as a soloist; and Benjamin Britten (1913-1976) too was a violist, though he kept his public performing activities to the piano and the podium. Here, Timothy Ridout explores this history in his homage to the Viola in Chamber orchestral works. Selected as a BBC New Generation Artist in 2019, Timothy Ridout is one of the most sought after violists of his generation. Over the last year Timothy has made his debut with the Hamburg Symphony Orchestra, undertaken a residency with Baden-Baden Philharmonie, and performed the Walton Concerto with the Tonhalle Orchestra Zurich under the auspices of the Orpheum Foundation. He has worked with conductors including Christoph Eschenbach, David Zinman, Gabor Takács-Nagy, Sylvain Cambrelling, Jamie Phillips and Sir Andras Schiff.
96 kHz / 24-bit PCM – Claves Records Studio Masters