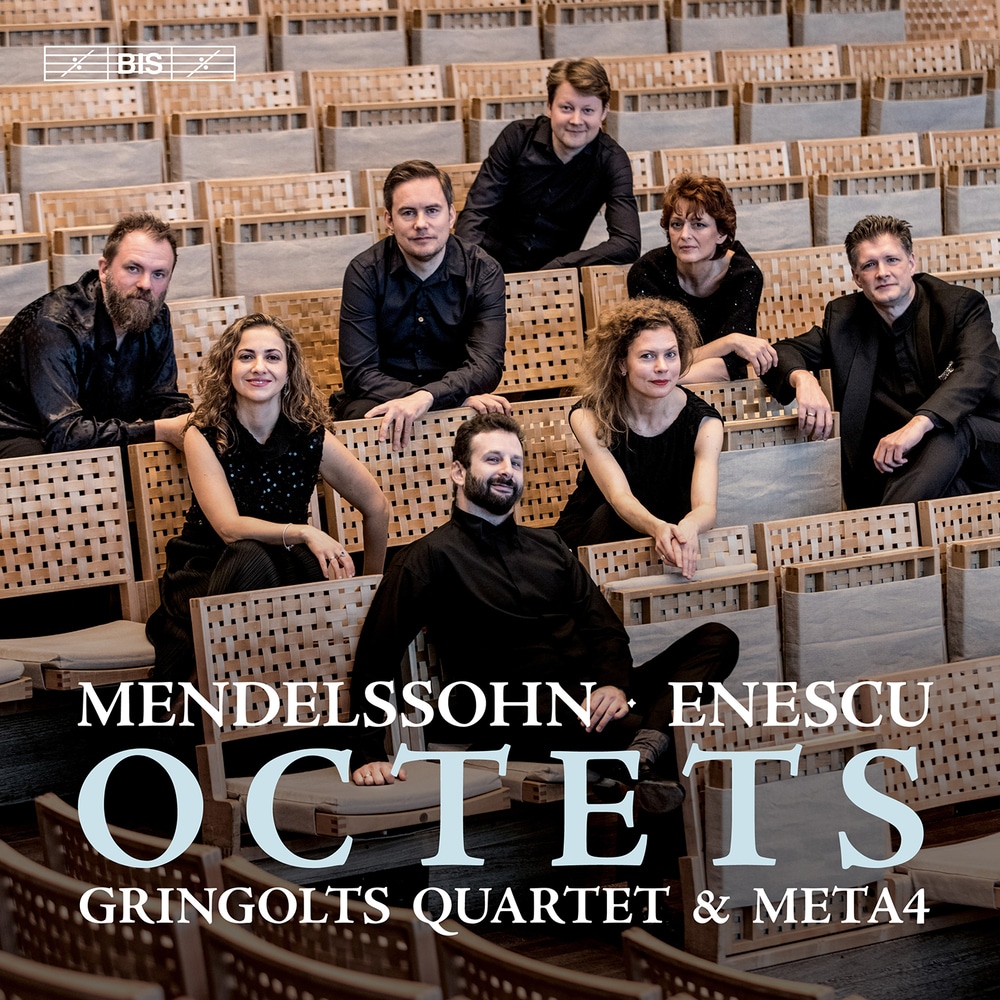 Available in 96 kHz / 24-bit AIFF, FLAC high resolution audio formats
A chamber ensemble comprising eight players is certainly rare in the history of music, but it is not unheard-of. During the Classical period such ensembles were associated with divertimentos and serenades. In the 19th century, Franz Schubert composed his famous Octet in 1824 for a combination of strings and wind instruments. Ludwig Spohr, who had also written an octet for strings and wind instruments in 1814, later produced the first string octets for the combination of instruments that is familiar today: four violins, two violas and two cellos. Spohr’s octets are, however, ‘double quartets’ in the sense that they are written for two equal but independent string quartets that meet each other in a dialogue; all eight instruments only play together at climaxes. With his Octet for strings composed in 1825, Felix Mendelssohn Bartholdy can thus be regarded in real terms as the ‘inventor’ of this genre because, in his case, the eight instruments are treated as a single unit, playing together from start to finish and collaborating, as the composer put it, ‘in symphonic orchestral style’. Originally from Romania, George Enescu likewise revealed his talent at an early age – not just as a composer but also as a violinist and pianist. At the age of just four teen he entered the Paris Conservatoire in all three of these disciplines. Born in 1881, Enescu was nineteen when he completed his Octet in December 1900 – a work which, in his own words, made him ‘evolve rapidly’ and become ‘himself’. With his Octet, Enescu freed himself from Romantic influences to produce a work that is concentrated, complex and highly contrapuntal, the result of his studies with the composer André Gédalge, who encouraged him to work in forms with strong polyphonic potential, such as the string quartet. The Zurich-based Gringolts Quartet was founded in 2008, born from mutual friend ships and chamber music partnerships that cross four countries: over the years, the Russian violinist Ilya Gringolts, the Romanian violist Silvia Simionescu and the Armenian violinist Anahit Kurtikyan frequently performed together in various chamber formations at distinguished festivals; the German cellist Claudius Herrmann played with Anahit Kurtikyan in the renowned Amati Quartet. Meta4 was formed in Finland in 2001 and studied at the European Chamber Music Academy (ECMA) under Hatto Beyerle and Johannes Meissl. The four musicians, who also share a close personal friendship, are united in their musical openness, curiosity and versatility.
96 kHz / 24-bit PCM – BIS Records Studio Masters