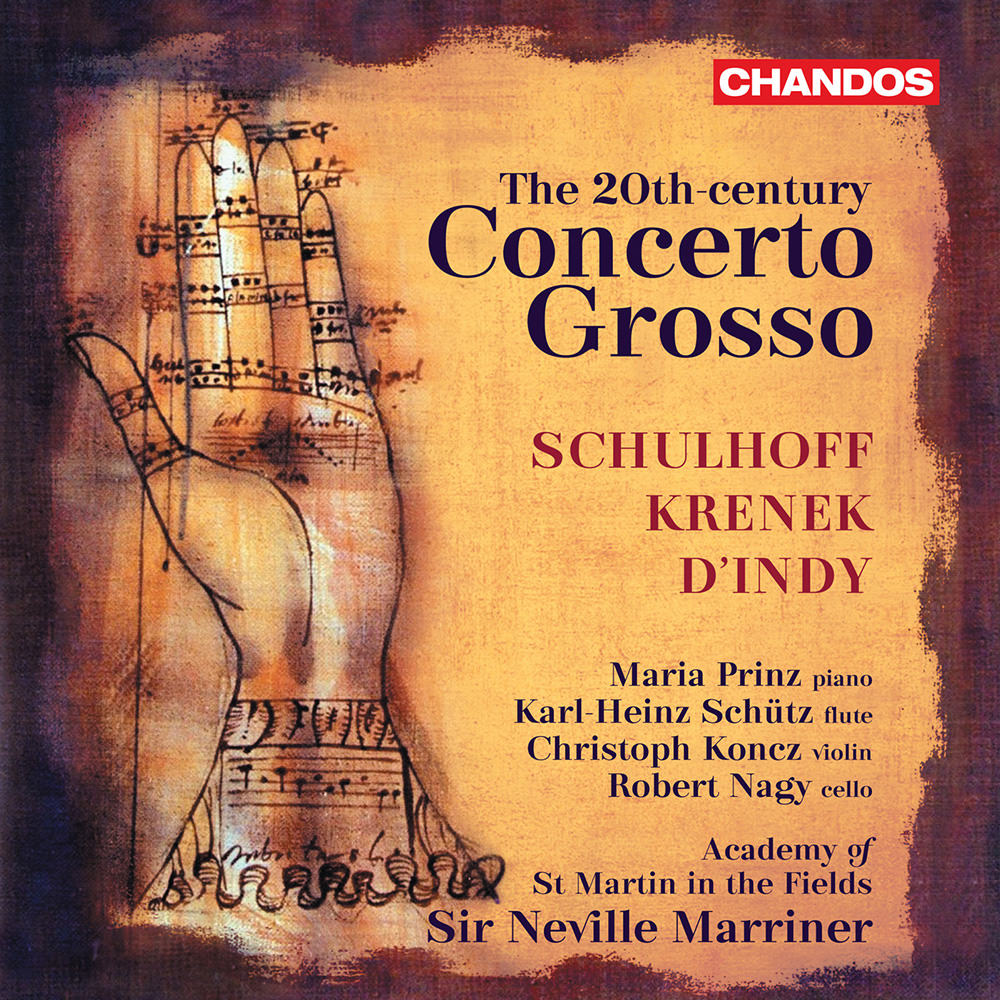 Available in 96 kHz / 24-bit AIFF, FLAC high resolution audio formats
"Four Stars ... an attractive disc: all the soloists are excellent ... Marriner and the Academy of St Martin in the Fields provide accompaniment of the necessary brio and point." - BBC Music Magazine "... Marriner’s vigorous, well played and warmly recorded performances are self-recommending. If this interesting programme tempts you, you should not be disappointed." - Fanfare "... Marriner’s powers as a conductor show no slackening in this lively and youthful sounding programme ... the Academy of St Martin in the Fields sounds at the top of its game on its home turf. This is a release with everything going for it." - MusicWeb International The Academy of St Martin in the Fields, led by Sir Neville Marriner, presents this programme devoted to Baroque concerti grossi by Schulhoff, d'Indy and Krenek, including the world premiere recording of Krenek's Concertino. The orchestra is joined by flautist Karl-Heinz Schütz, violinist Christoph Koncz, cellist Robert Nagy and pianist Maria Prinz, who came up with the idea behind the album.
96 kHz / 24-bit PCM – Chandos Studio Masters