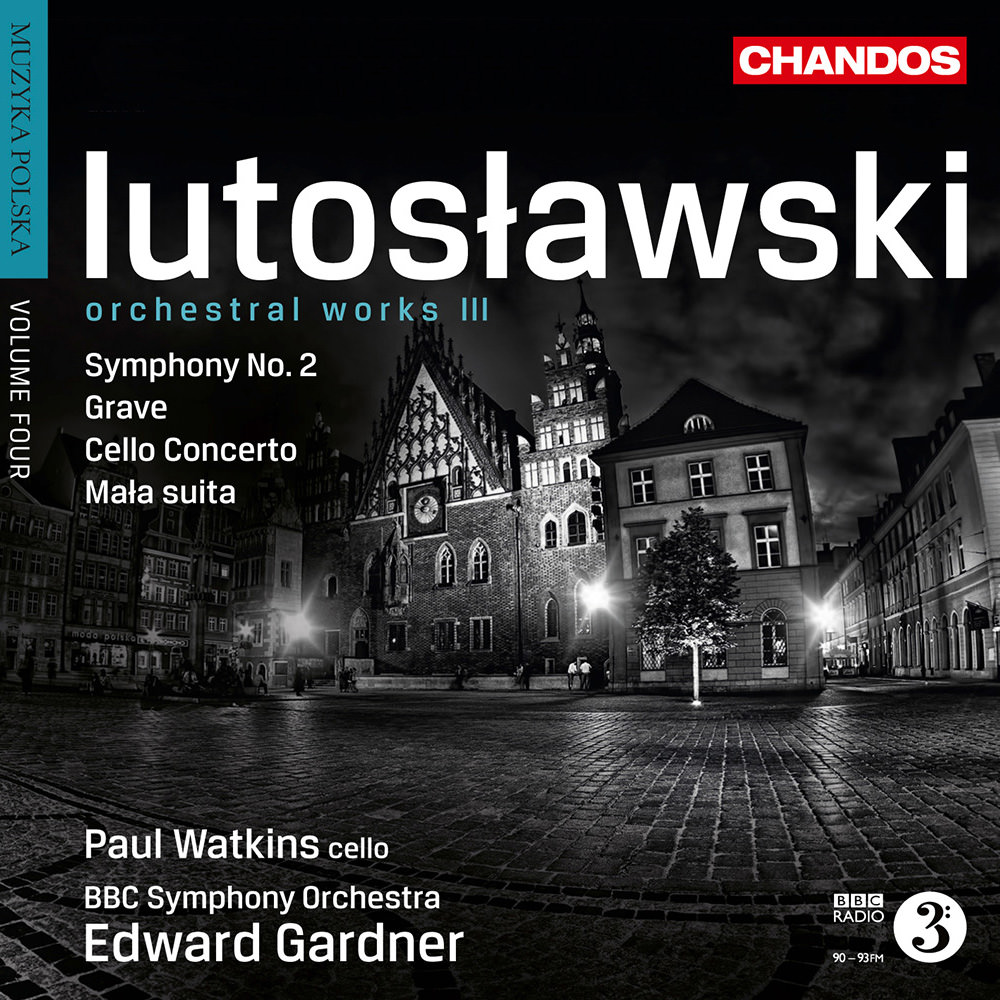 "... a further triumph in a series that looks like it’s becoming the finest overview yet of the work one of the late 20th century’s most significant composers ..."
- Fanfare

"... if you fancy treating your mind to some seriously stimulating sounds this is a splendid journey on which to embark."
- MusicWeb International

"... playing of real immediacy and finesse from a BBC Symphony that sounds as fully engaged in the lighter aspect of the composer’s music as in its more searching utterances. Thanks in part to the spacious and wide-ranging sound, these accounts are now the preferred options ..."
- International Record Review

This fourth volume in a series devoted to the music of the Polish composer Witold Lutosławski features cellist Paul Watkins, Edward Gardner and the BBC Symphony Orchestra, described by Gramophone as a "veritable dream team." The highly dramatic Cello Concerto, starring Watkins, remains one of the most original works of recent times. In the large-scale orchestral work the Second Symphony, Lutosławski creates an atmosphere of tense anticipation in the opening stages, before drawing the listener into the ensuing, more purposefully developed music, which reaches a climactic explosion and resolution.
48 kHz / 24-bit PCM – Chandos Studio Masters