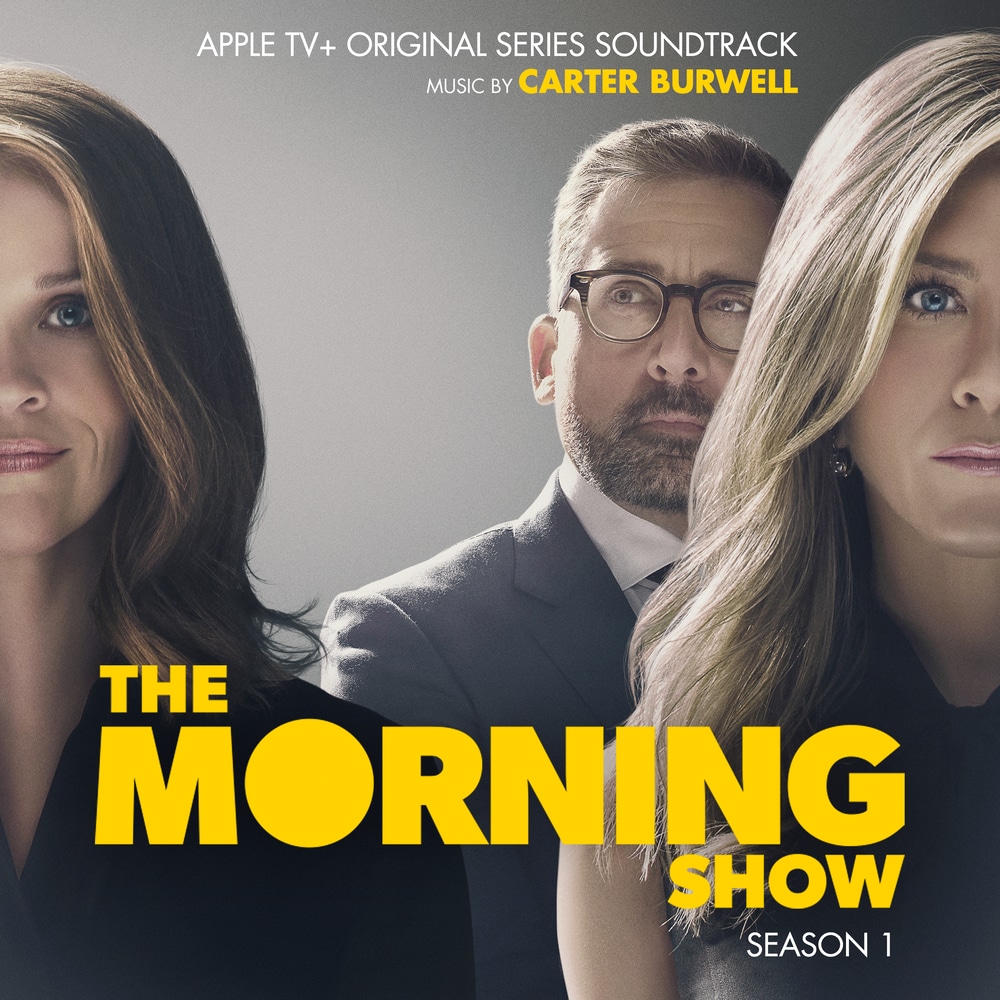 Available in 44.1 kHz / 24-bit AIFF, FLAC audio formats
“[The Morning Show] will make the most significant first impression when people are introduced to Apple TV+, and even landed prestige talent like composer Carter Burwell (who’s scored pretty much every Coen Brothers movie) to make his longform TV debut.” - Adam Chitwood, Collider Lakeshore records releases the Original Series Soundtrack to season 1 of the Apple TV+ series The Morning Show. The album features score by Carter Burwell (Missing Link, Anomalisa, 3 Billboards Outside Ebbing, Missouri). The series revolves around Alex Levy, an anchor on The Morning Show, a popular breakfast news program broadcast from Manhattan on the UBA network that has excellent viewership ratings and is perceived to have changed the face of American television. After her on-air partner of 15 years, Mitch Kessler, is fired amidst a sexual misconduct scandal, Alex fights to retain her job as top news anchor while sparking a rivalry with Bradley Jackson, a haphazard field reporter whose series of impulsive decisions bring her into a new world of television journalism.
44.1 kHz / 24-bit PCM – Lakeshore Records Studio Masters