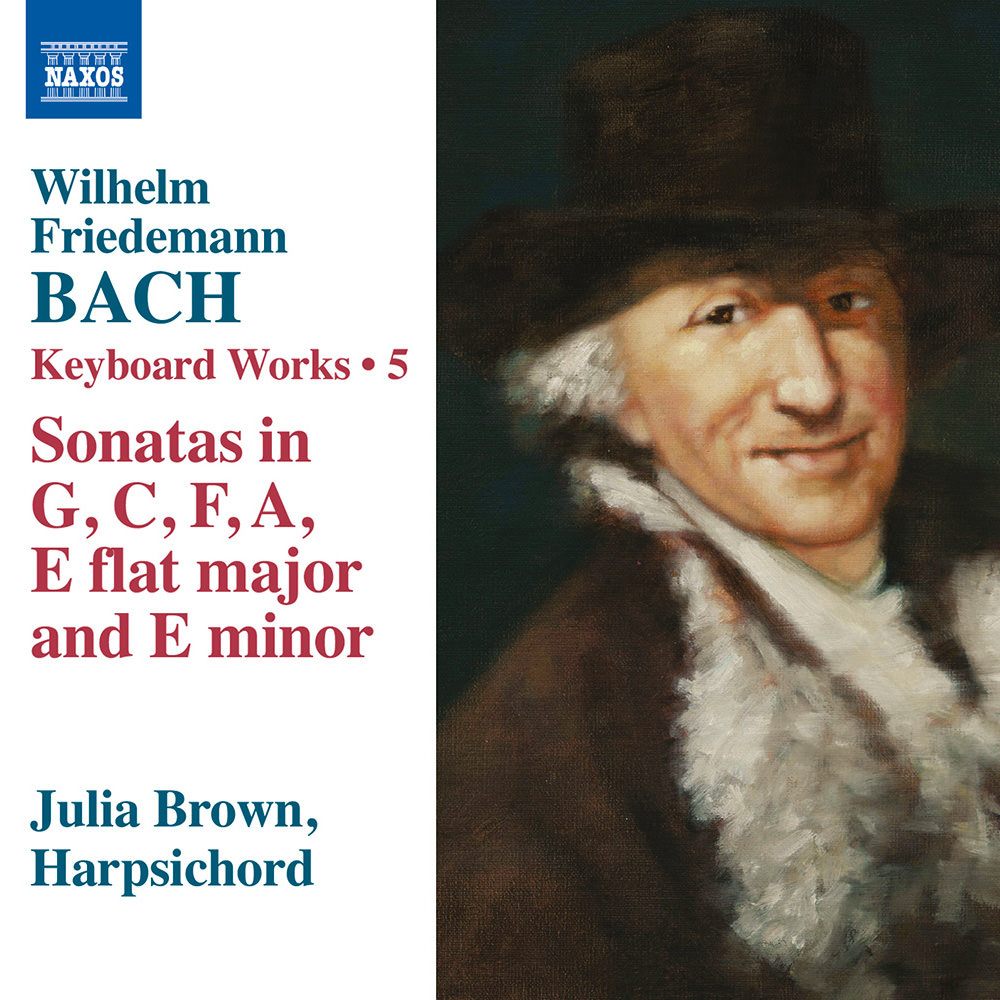 Available in 96 kHz / 24-bit AIFF, FLAC high resolution audio formats
“Julia Brown once again proves a very reliable interpreter, sensitive to the various styles and influences on Wilhelm Friedermann’s music while doing more than justice to its often virtuosic demands. She and Naxos are doing sterling service in making of the composer’s keyboard music easily available.” - Noel O’Regan, Early Music Review “The acoustic is close and helpful, that of the AGR Performing Arts Center in Eugene, Oregon. The harpsichord fairly sparkles – yet to a mellow, genuine effect.” - Mark Sealey, ClassicalNet Known as J.S. Bach's "difficult" eldest son, Wilhelm Friedemann was a supremely talented organist and composer who produced innovative works that straddled the Baroque and Classical eras. This release from keyboardist Julia Brown—the fifth in an ongoing series—draws together six sonatas from throughout Bach's career that glow with ingenuity, all performed on a 1986 harpsichord by Richard Kingston.
96 kHz / 24-bit PCM – Naxos Studio Masters