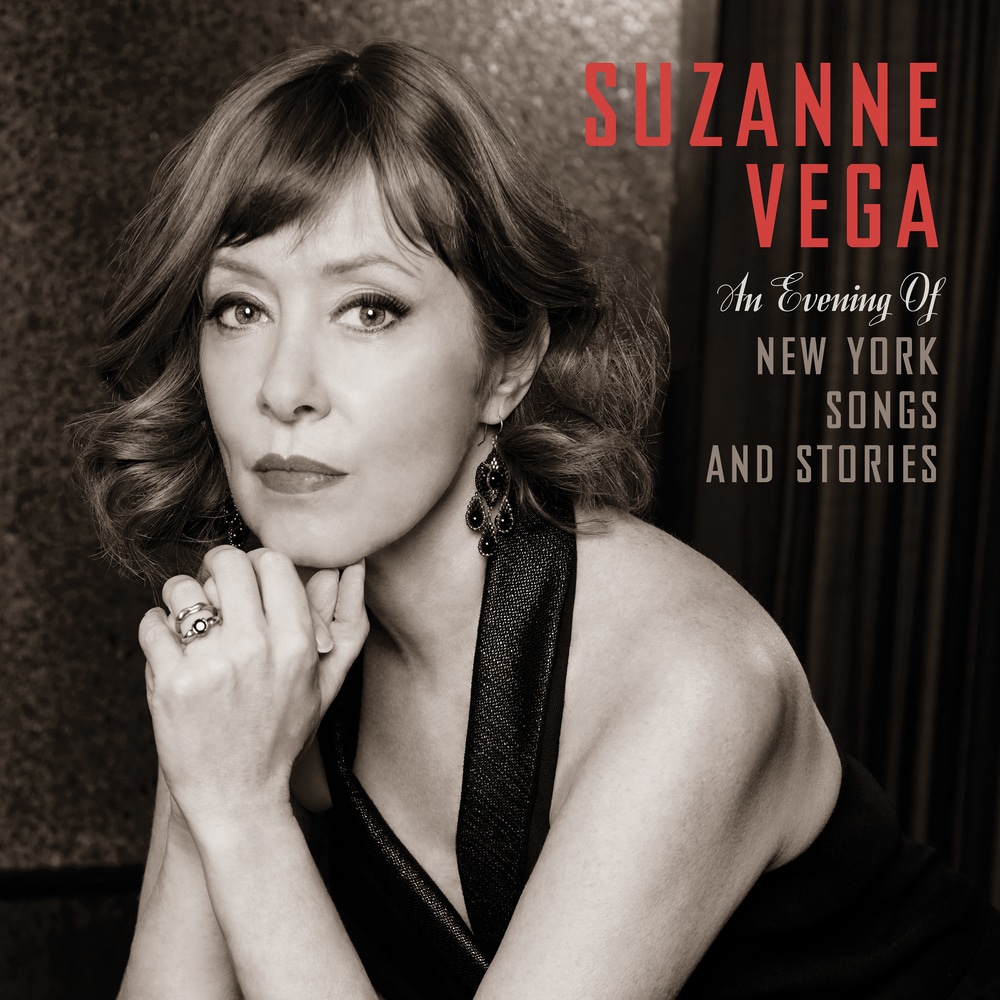 An Evening of New York Songs and Stories

Widely regarded as one of the foremost songwriters of her generation, Suzanne Vega released her latest album, An Evening of New York Songs and Stories. The album finds Vega backed by longtime guitarist and musical director Gerry Leonard, bassist Jeff Allen and keyboardist Jamie Edwards. Produced by Leonard, mixed by Grammy Award-winning engineer Kevin Killen and mastered by Grammy Award winner Bob Ludwig, the album was recorded in early 2019 and includes familiar songs like “Luka” and “Tom’s Diner” and deep cuts from Vega’s catalog including “Frank and Ava” and “Ludlow Street.”

“I recorded these songs at the Café Carlyle in New York City. It’s a small, exclusive club that has hosted legends from Eartha Kitt to Judy Collins, and is also known to be the place where Jackie Kennedy met Audrey Hepburn. I love it for its bohemian old-world glamour! I included songs that were inspired by New York City or for which New York provided the backdrop, including 'Walk on the Wild Side' by my late, great friend, Lou Reed—a song I rarely heard him sing himself.”
- Suzanne Vega
44.1 kHz / 24-bit PCM – Cooking Vinyl Limited Studio Masters