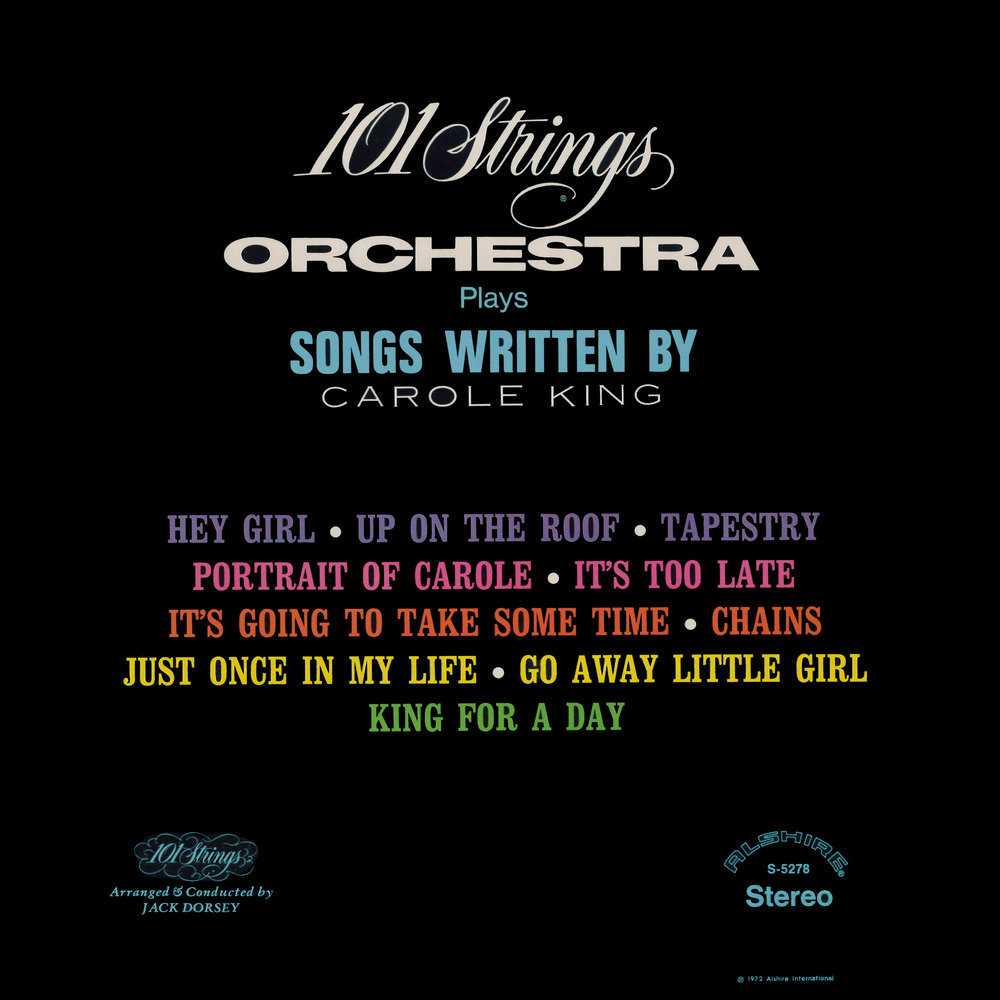 Available in MQA and 96 kHz / 24-bit AIFF, FLAC high resolution audio formats
The legendary 101 Strings Orchestra pays tribute to the most successful songstress of the late 20th century, Carole King (having written/co-written 118 Bill Hot 100 hits!), on this legacy recording. 101 Strings Orchestra was a brand for a highly successful easy listening symphonic music organization, with a discography exceeding 150 albums and a creative lifetime of around 30 years beginning in 1957. 101 Strings had a trademark sound, focusing on melody with a laid-back ambiance most often featuring strings. Their LPs were individualized by the slogan "The Sound of Magnificence." The 101 Strings orchestra included 124 string instruments, and was conducted by Wilhelm Stephan.
96 kHz / 24-bit PCM – Alshire Studio Masters