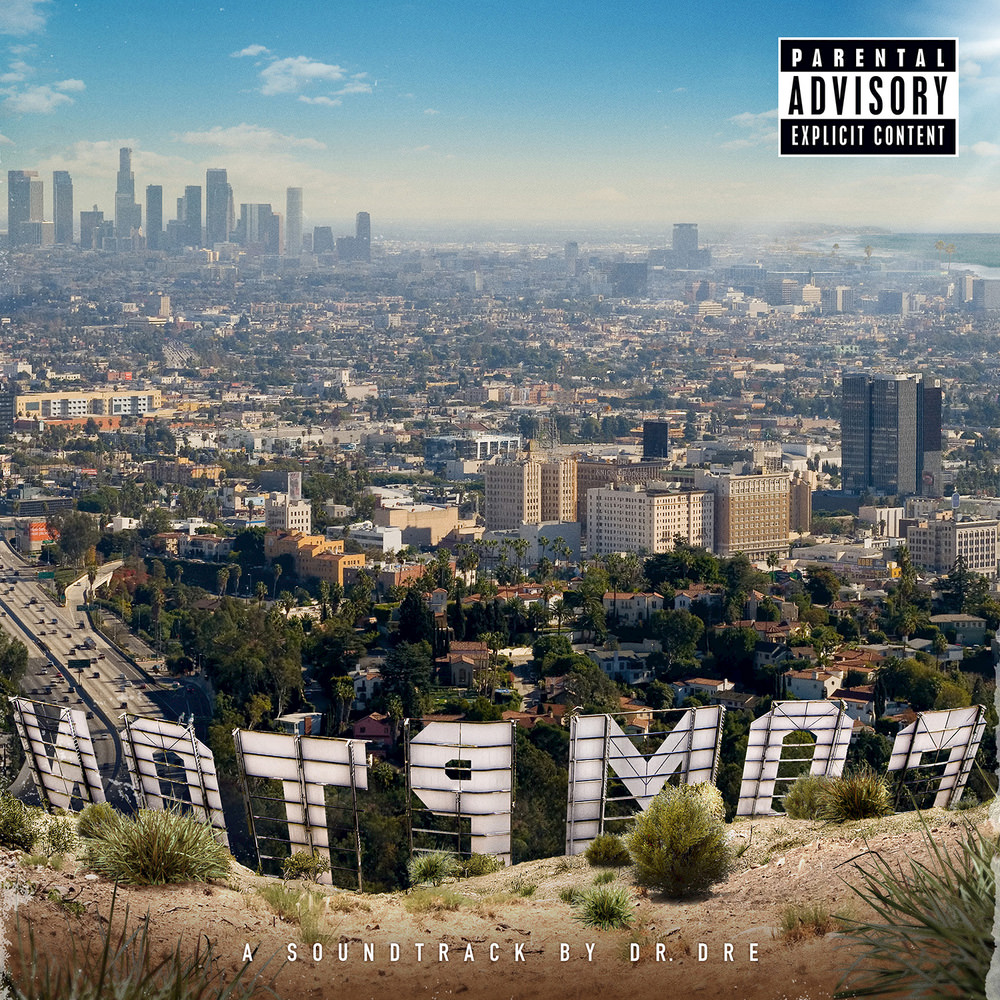 Compton (A Soundtrack by Dr. Dre)

"Four Stars ... adds up to an album by turns confounding and enthralling. It's no Detox. It's something realer and better."
- Rolling Stone

"Four Stars ... part dewey-eyed reminiscence, part angry state-of-the-nation address, part episode of Grumpy Old Homies, but mostly it’s an hour-long demonstration that Dr Dre’s skills as producer and curator alike are still as potent as ever: so potent that you can’t help but hope he’s bluffing about it being his grand finale."
- The Guardian

Dr. Dre kept fans waiting for 16 years for this release, his third and reportedly final album, inspired by the biopic Straight Outta Compton. The collection has been met with a triumphant reaction from both fans and critics: Compton debuted at number one (UK) and number two (US) on the charts, selling over 400,000 copies worldwide its first week out and drawing rave reviews. The album is loaded with guest appearances from Kendrick Lamar, Snoop Dogg, Eminem, The Game, Ice Cube and Xzibit, among others.

"During principal photography of Straight Outta Compton, I felt myself going to the studio and being so inspired by the movie that I started recording an album. It's bananas. It's an 'inspired by' album. I'm really proud of this."
- Dr. Dre
48 kHz / 24-bit PCM – Aftermath/Interscope Records Studio Masters