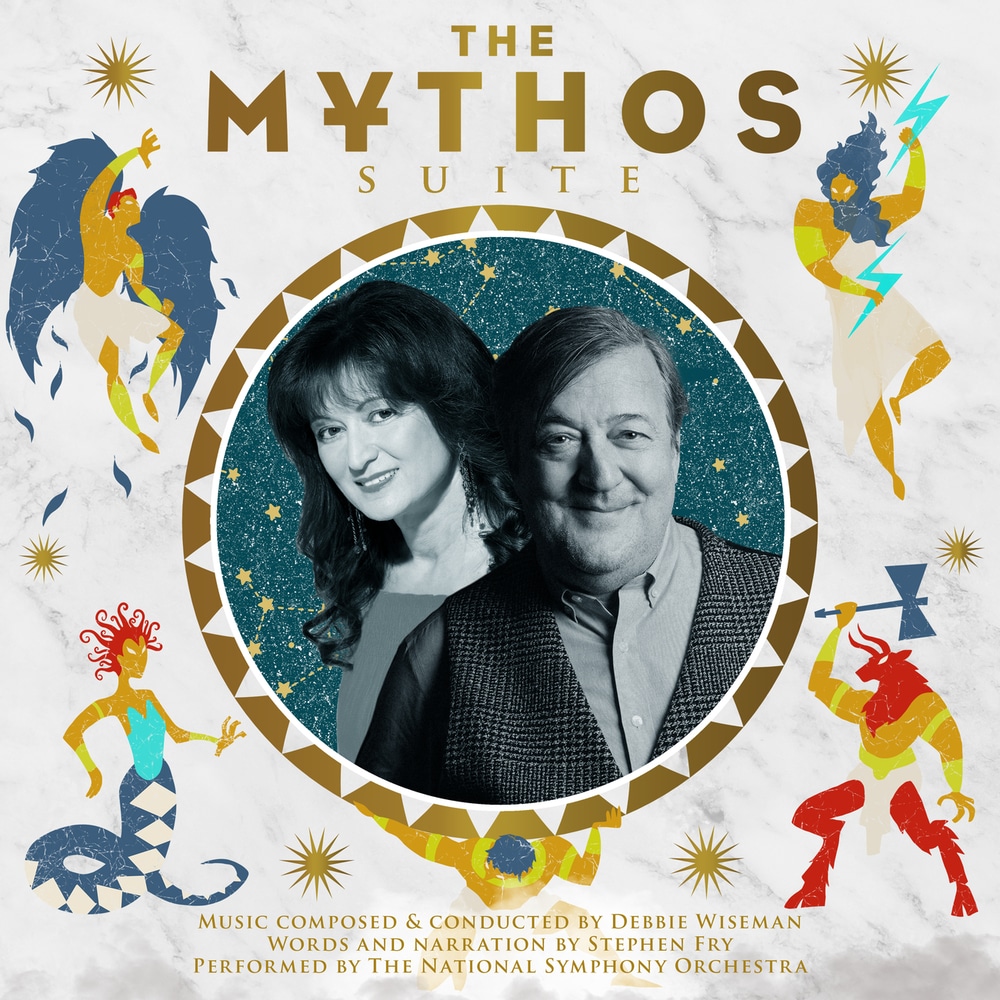 Debbie Wiseman and Stephen Fry are long-time collaborators. They first worked together in 1997 on the film Wilde, for which Stephen received a Golden Globe nomination for his performance as the eponymous poet and playwright.

Stephen Fry narrates each of the five musical vignettes on The Mythos Suite which were performed and recorded by 80 musicians from the National Symphony Orchestra at Abbey Road Studios. The release also includes five instrumental-only bonus tracks.

“I have known and loved Debbie Wiseman’s music for most of my life – to collaborate with her again has been nothing short of rapture. Her music perfectly captures Greek mythology’s juicy and joyous mixture of the elemental and the specific, the noble and the wicked, the ethereal and the earthy.”
- Stephen Fry
48 kHz / 24-bit PCM – Decca Studio Masters