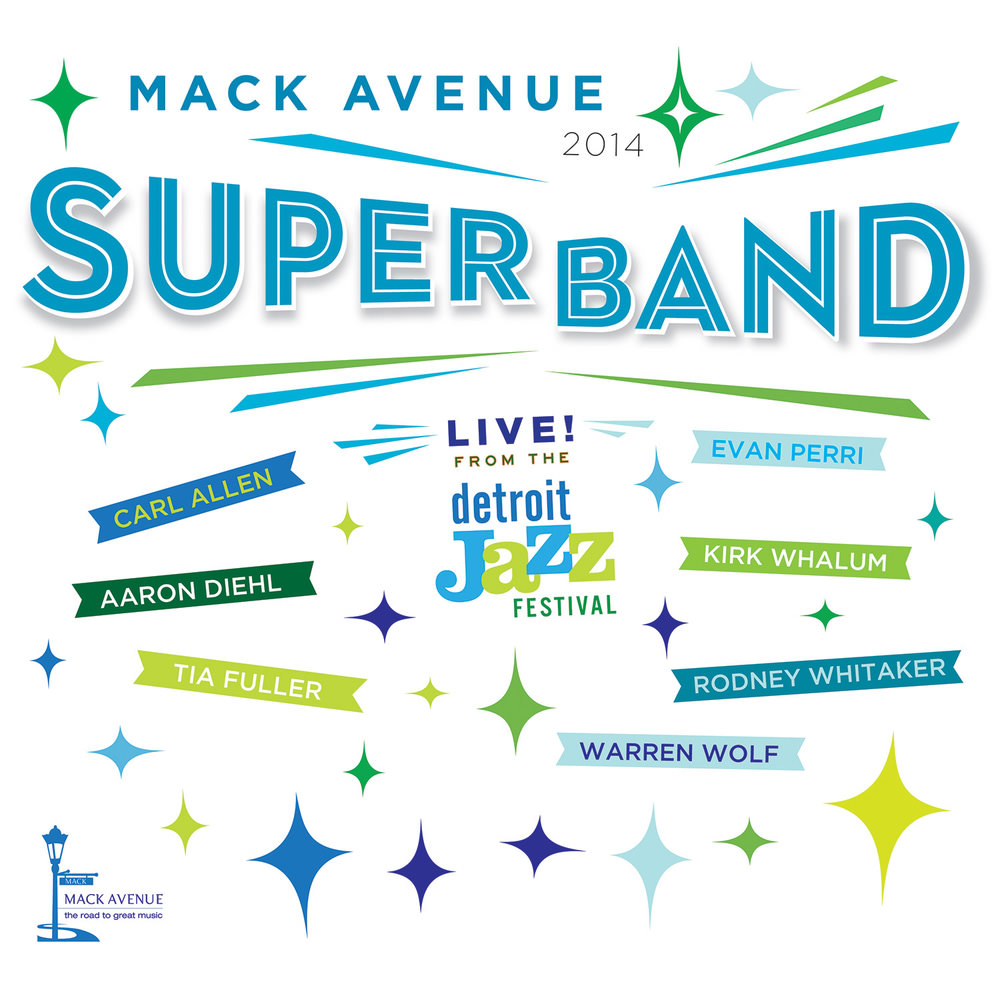 Available in 48 kHz / 24-bit AIFF, FLAC audio formats
This live album features the third incarnation of the Mack Avenue SuperBand, an all-star group drawn from the superb roster of the Mack Avenue label. Once again, this ensemble joined forces under the leadership of bassist Rodney Whitaker to dazzle a Detroit crowd in Hart Plaza, with the results captured on this recording. Joining Whitaker are three-time veterans Aaron Diehl on piano, drummer Carl Allen and guitarist Evan Perri of the Hot Club of Detroit. Alto saxophonist Tia Fuller returns from the SuperBand’s debut outing, while vibraphonist Warren Wolf and tenor saxophonist Kirk Whalum make it two in a row. Regardless of the personnel from year to year, the SuperBand comprises a distinctive blend of generations and styles, reflecting the diversity of the label itself. "The SuperBand has always been and will always be a mix of veteran players and top younger talent, which really represents the Mack Avenue roster. When you look at this particular line-up, there is a wide range of styles represented: from Django-influenced guitar to soulful/gospel leanings and just about everything in between. And each of them are bringing performing and writing chops that are top shelf." - Denny Stilwell, Mack Avenue Records president
48 kHz / 24-bit PCM – Mack Avenue Records Studio Masters