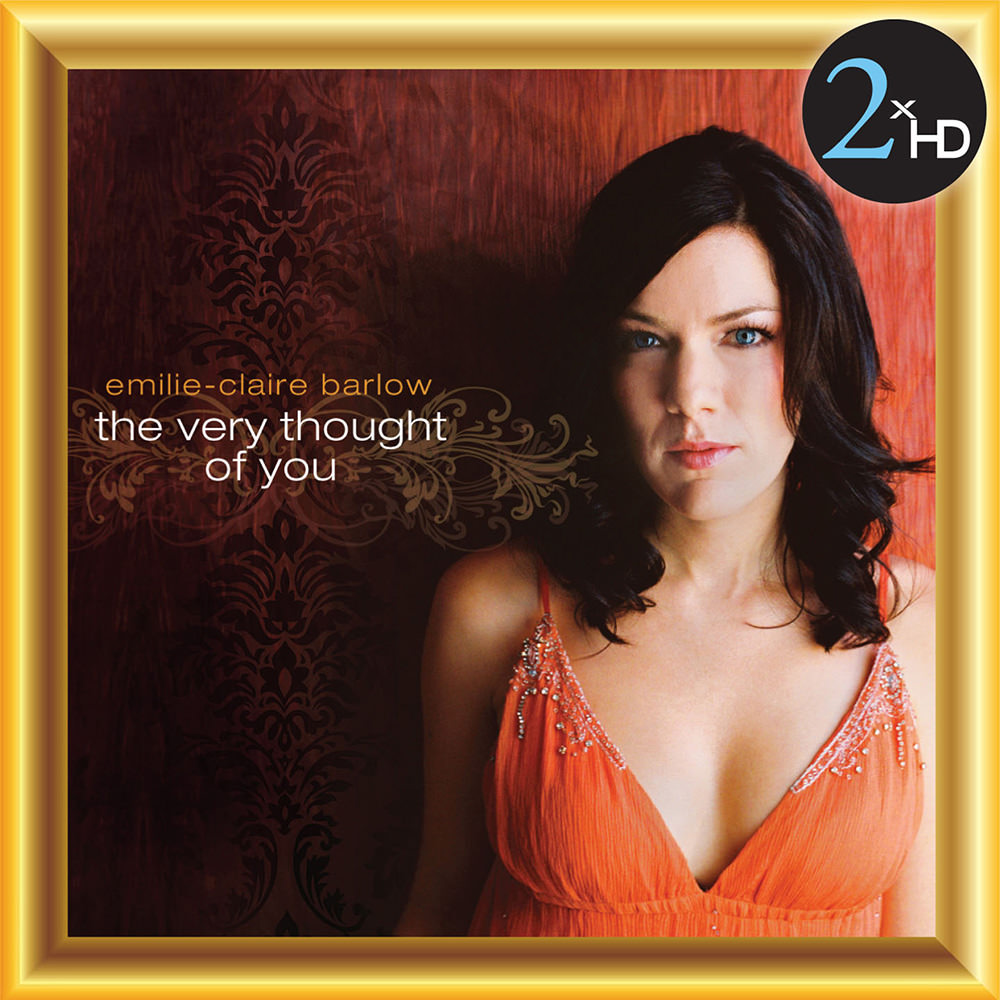 The Very Thought of You

Available in 192 kHz / 24-bit, 96 kHz / 24-bit AIFF, FLAC and 5.6448 MHz, 2.8224 MHz DSD high resolution audio formats
Emilie-Claire Barlow's unique voice and personal interpretations warmly embrace this collection of classic standards, many drawn from the American songbook. Backed on several songs by lush string arrangements, Barlow has chosen to include often ignored verses in the tradition of Frank Sinatra and Tony Bennett, one of her biggest influences. The Very Thought of You was nominated for a Juno Award in 2008 for Vocal Jazz Album of the Year.
192 kHz / 24-bit, 96 kHz / 24-bit PCM and 5.6448 MHz, 2.8224 MHz DSD – 2xHD Studio Masters

Recorded in 96 kHz / 24-bit and 88.2kHz / 24-bit PCM Mastered in 192 kHz / 24-bit, 96 kHz / 24-bit PCM and 5.6448 MHz, 2.8224 MHz DSD This album was mastered using our 2xHD proprietary system. In order to achieve the most accurate reproduction of the original recording we tailor our process specifically for each project, using a selection from our pool of state-of-the-art audiophile components and connectors. The process begins with a transfer to analogue from the original 24bits/96kHz, or 88.2 kHz resolution master, using cutting edge D/A converters. The analogue signal is then sent through a hi-end tube pre-amplifier and (if needed) will be EQ’d before being recorded directly in DXD using the dCS905 A/D and the dCS Vivaldi Clock. All connections used in the process are made of OCC silver cable. DSD and PCM versions are separately generated, directly from the analogue signal. 2xHD Mastering by: René Laflamme 2xHD Executive Producer: André Perry