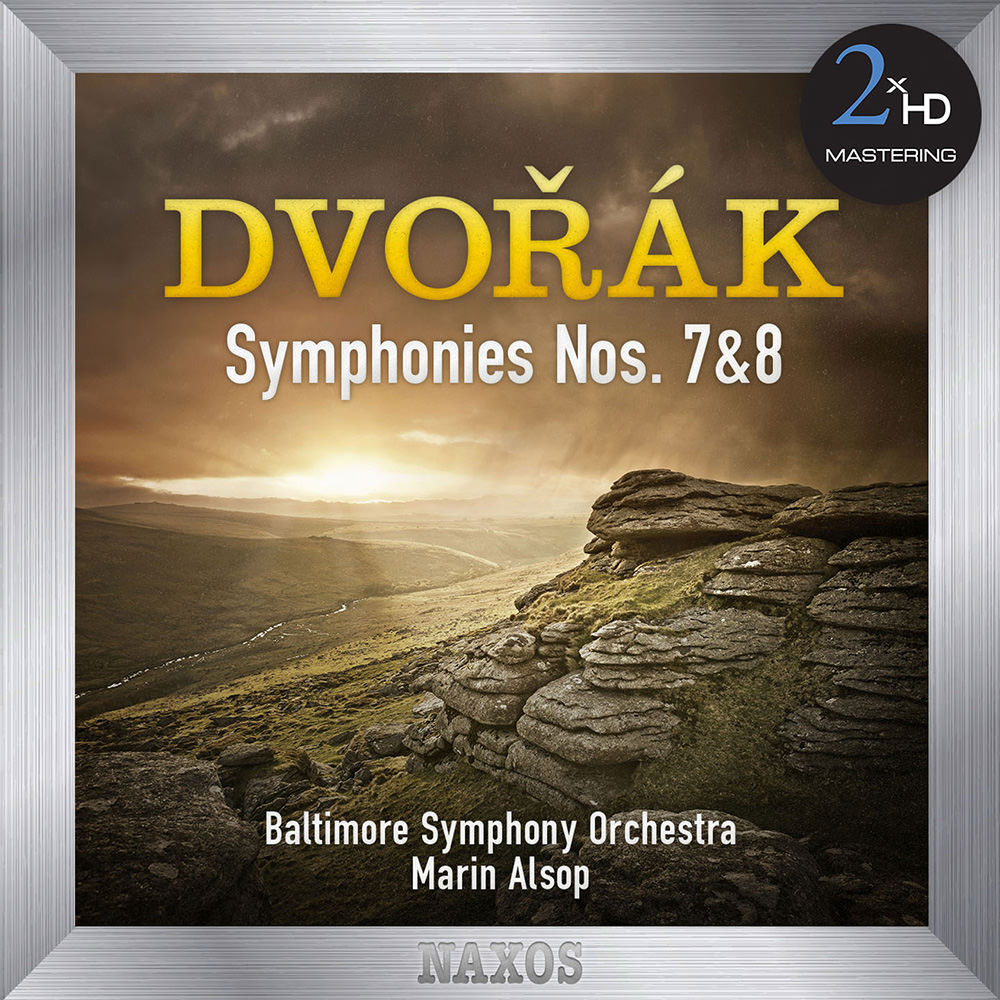 "Five Stars ... the playing is committed and beautifully rendered ... the fidelity is excellent ..."
- Audiophile Audition

"... up against zero competition for recorded quality ... these issues so far have been state of the art. That alone is reason to buy them ... the Baltimore Orchestra are very fine, the lyrical nature of Alsop’s direction provide much pleasure when actually listening."
- MusicWeb International

Marin Aslop and the Baltimore Symphony Orchestra follow a critically acclaimed recording of Dvořák’s Ninth with this live album from Joseph Meyerhoff Symphony Hall in Baltimore. Dvořák’s most darkly dramatic and passionate symphony, the Seventh, is coupled here with his Eighth, notable for its dramatic contrasts, Bohemian lyricism and a seemingly spontaneous flow of thematic ideas. Audiophile Audition named this one of the best albums of 2011 for both its performances and sonic excellence.
352.8 kHz / 24-bit, 192 kHz / 24-bit, 96 kHz / 24-bit PCM and 5.6448 MHz, 2.8224 MHz DSD – 2xHD - Naxos Studio Masters

This album was mastered using our 2xHD proprietary system. In order to achieve the most accurate reproduction of the original recording we tailor our process specifically for each project, using a selection from our pool of state-of-the-art audiophile components and connectors. The process begins with a transfer to analog from the original 24bits/96kHz resolution master, using cutting edge D/A converters. The analog signal is then sent through a hi-end tube pre-amplifier before being recorded directly in DXD using the dCS905 A/D and the dCS Vivaldi Clock. All connections used in the process are made of OCC silver cable.
DSD and PCM versions are separately generated, directly from the analog signal.