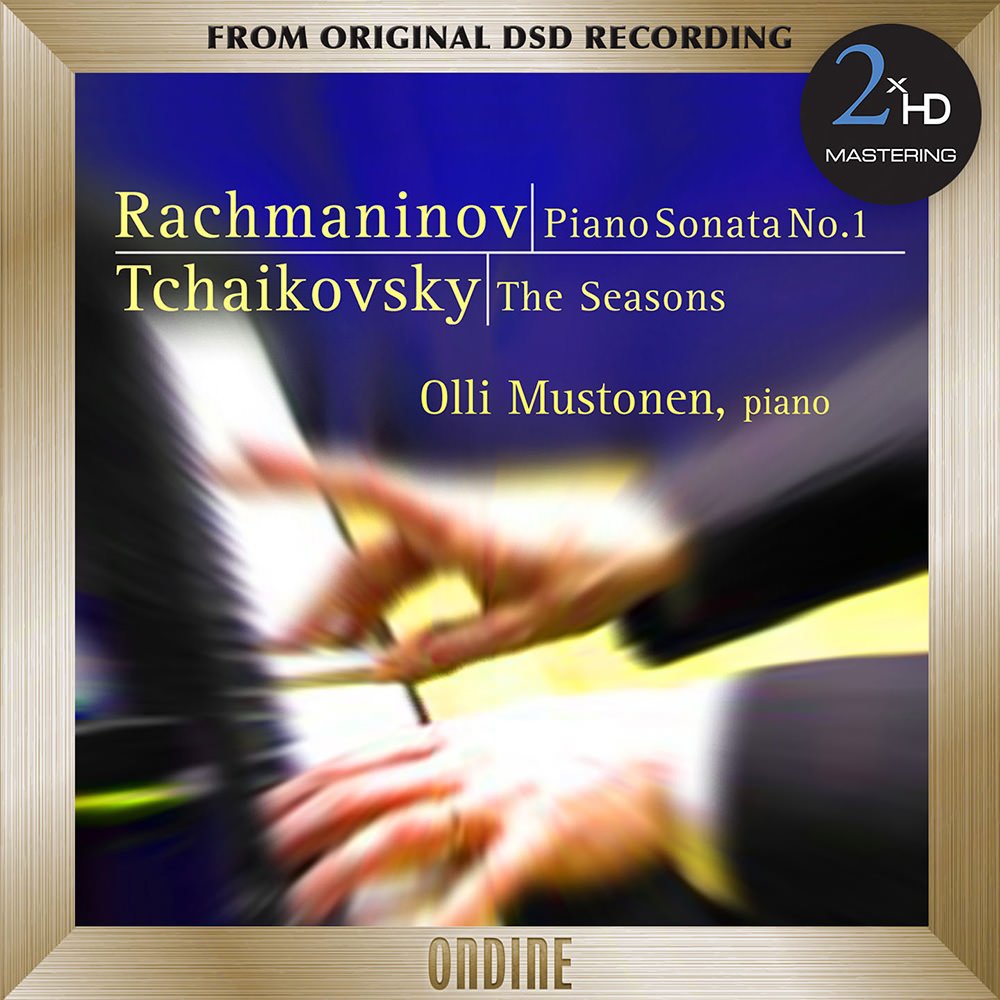 "Mustonen creates a savage case for an unduly neglected sonata ... his superhuman agility allows him a freedom unknown to lesser pianists ... Mustonen is no less remarkable in Tchaikovsky's Seasons, scorning their gentler, more domestic virtues."
- Gramophone

This album was mastered using our 2xHD proprietary system. In order to achieve the most accurate reproduction of the original recording we tailor our process specifically for each project, using a selection from our pool of state-of-the-art audiophile components and connectors. The process begins with a transfer to analog from the original DSD master, using cutting edge D/A converters. The analog signal is then sent through a hi-end tube pre-amplifier before being recorded directly in DXD using the dCS905 A/D and the dCS Vivaldi Clock. All connections used in the process are made of OCC silver cable.
DSD and PCM versions are separately generated, directly from the analog signal.