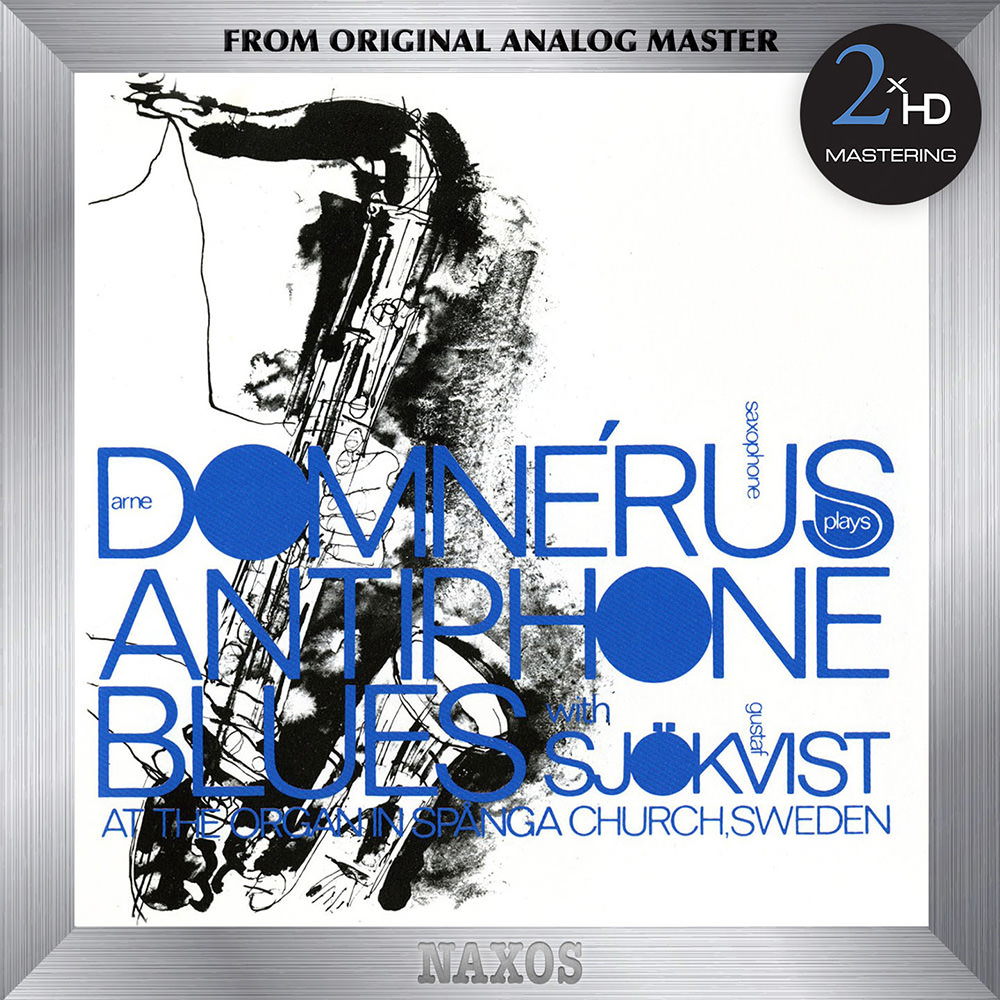 Available in 192 kHz / 24-bit, 96 kHz / 24-bit AIFF, FLAC and 5.6448 MHz, 2.8224 MHz DSD high resolution audio formats
"... he played the alto saxophone in a clear, lucid style, led a successful band and served as a model for aspiring musicians of several generations." - The Telegraph This rerelease of the 2003 album Antiphone Blues showcases late Swedish jazz saxophonist Arne Domnérus in duets with organist Gustav Sjökvist, recorded in Spanga Church in Sweden. Domnérus was involved in the 1977 audiophile classic Jazz at the Pawnshop and this album has earned a similar reputation over the years for its high-quality audio.
192 kHz / 24-bit, 96 kHz / 24-bit PCM and 5.6448 MHz, 2.8224 MHz DSD – 2xHD - Proprius Studio Masters

Recorded in analogue. Mastered in 192 kHz / 24-bit, 96 kHz / 24-bit PCM and 5.6448 MHz, 2.8224 MHz DSD. For the 2xHD transfer of this recording, the original 1/4”, 15 ips CCIR master tape was played on a Nagra-T modified with high-end tube playback electronics, wired with OCC silver cable from the playback head direct to a Telefunken EF806 tube. The Nagra T has one of the best transports ever made with four direct drive motors, two pinch rollers and a tape tension head. We did an analog transfer for each high-res sampling and A & B comparisons were made with the original LP, using the KRONOS turntable with a BLACK BEAUTY tone arm. 192kHz was done using Ayre QA9pro DSD was done using dCS 905 and dCS Vivaldi clock DSD2 was done using Ayre QA9pro 2xHD Mastering: René Laflamme 2xHD Executive Producer: André Perry