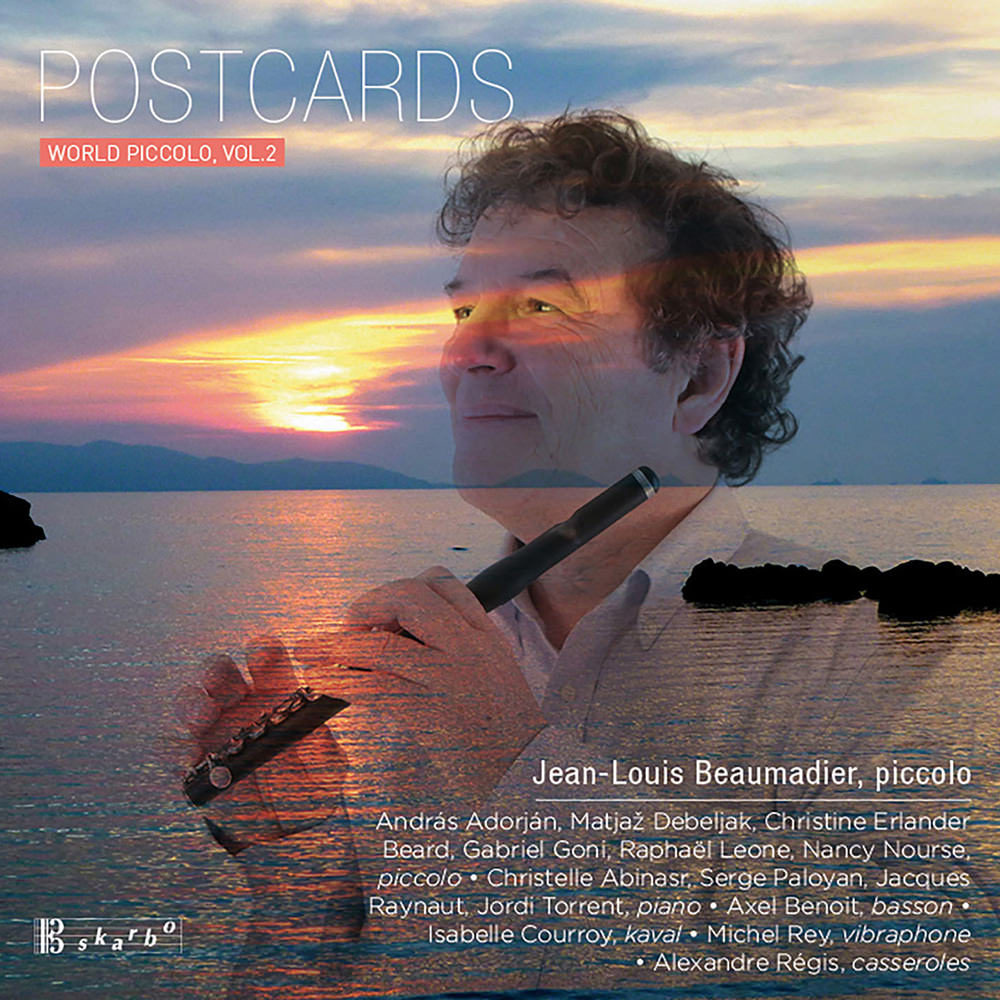 Available in 44.1 kHz / 24-bit AIFF, FLAC audio formats
Jean-Louis Beaumadier, called "the Paganini of piccolo” by his teacher Jean-Pierre Rampal, is one of the foremost international representatives of the piccolo with some 20 albums in his discography. On Postcards: World Piccolo, Vol. 2, the sequel to a 2012 release, he is joined by several different musicians on piccolo works by composers from around the world.
44.1 kHz / 24-bit PCM – Skarbo Studio Masters