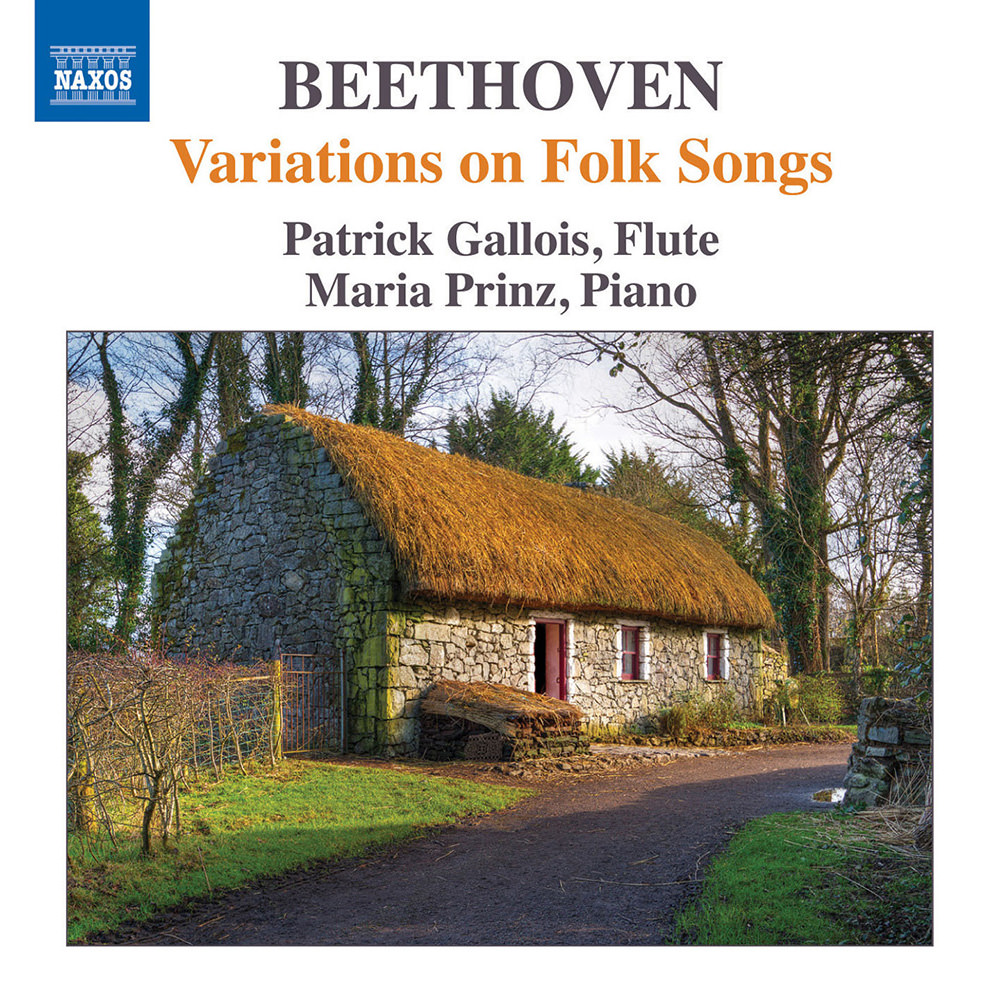 Available in 96 kHz / 24-bit AIFF, FLAC high resolution audio formats
Based on the performance practice of the early 18th century, this recording offers versions of two sets of Beethoven's folk-flavoured variations, written for piano with optional parts for flute or violin, with improvisation and ornamentation by French flutist Patrick Gallois. He is joined by Maria Prinz at the piano on these collections filled with delightfully decorative but virtuoso writing.
96 kHz / 24-bit PCM – Naxos Studio Masters