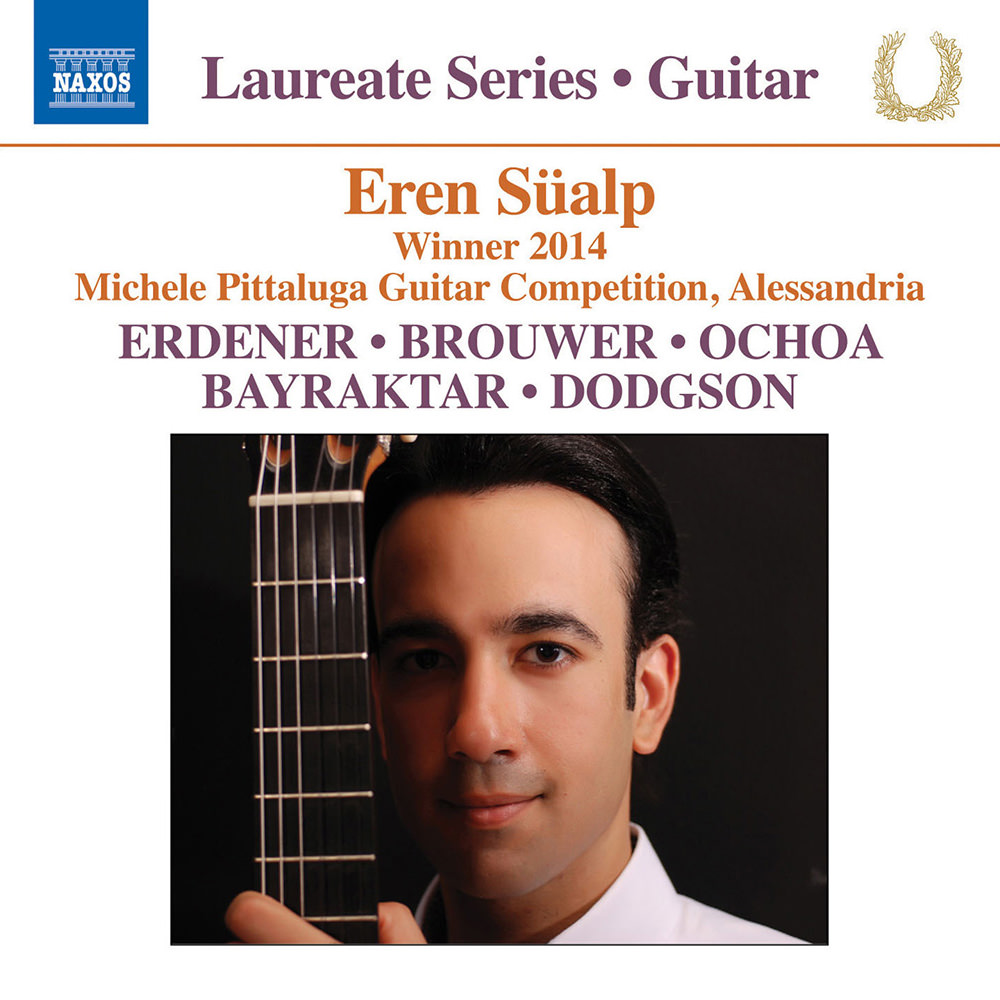 Available in 96 kHz / 24-bit AIFF, FLAC high resolution audio formats
Young award-winning recitalist Eren Süalp has assembled this international programme of contemporary music written for the guitar, on which he explores music from his own country, Turkey, as well as Venezuela, Cuba and England. The range encompasses the witty twists and turns of Turgay Erdener's Five Grotesques to Leo Brouwer's powerful Sonata, through Bayraktar's Six Anatolian Pieces, with its evocative arrangements occasionally summoning up the sound of Turkish plucked instruments. The closing work by Stephen Dodgson, his startlingly original Partita No. 1, brings a unique sound world to the guitar.
96 kHz / 24-bit PCM – Naxos Studio Masters