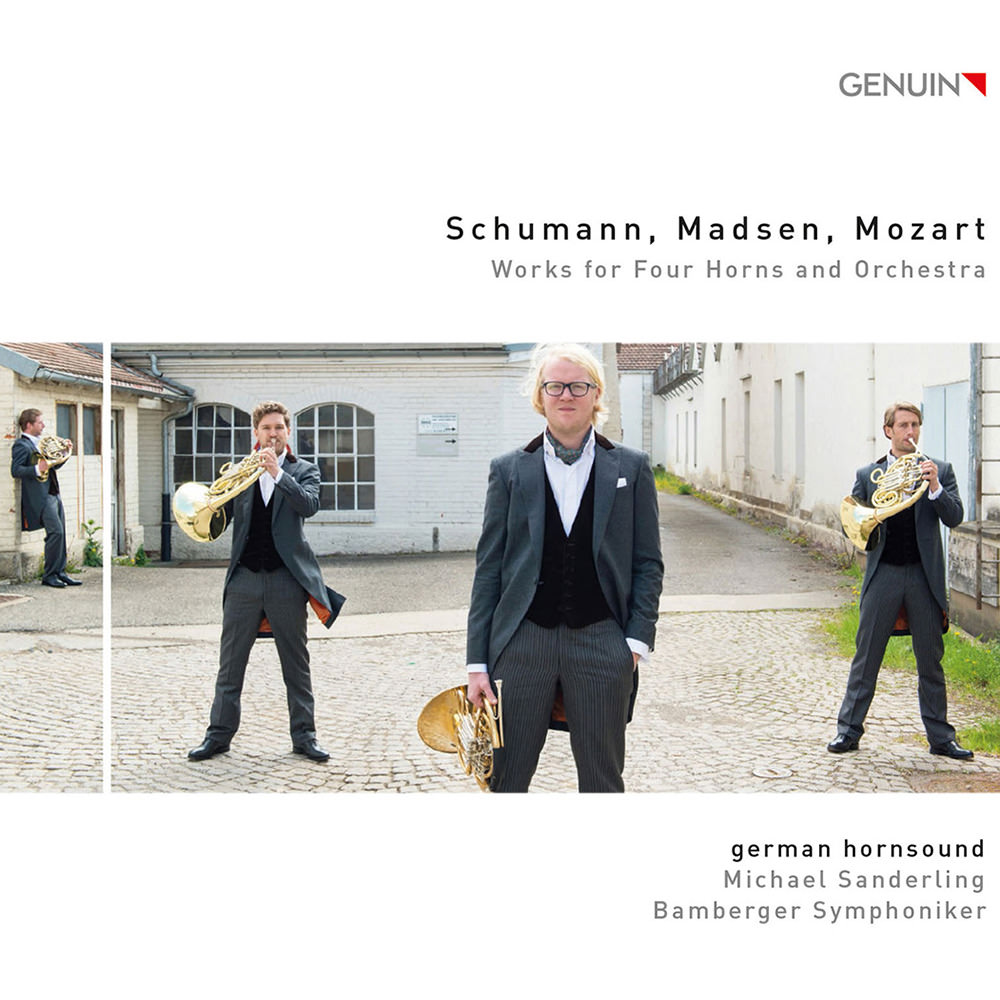 "... an extraordinary disc ... an absolutely delightful programme, most highly recommended to horn fanciers, lovers of these two classic scores and to those looking for outstanding new works to savour and chuckle over."
- Fanfare

The four musicians of german hornsound are joined by the Bamberger Symphoniker led by Michael Sanderling on this recording of works composed for horns and orchestra. The Sinfonia Concertante by Trygve Madsen receives its world premiere and is presented here along with two other works, Leopold Mozart's Jagdsinfonie and Robert Schumann's stormy Concertpiece for Four Horns, music tailored for german hornsound.
48 kHz / 24-bit PCM – Genuin Studio Masters