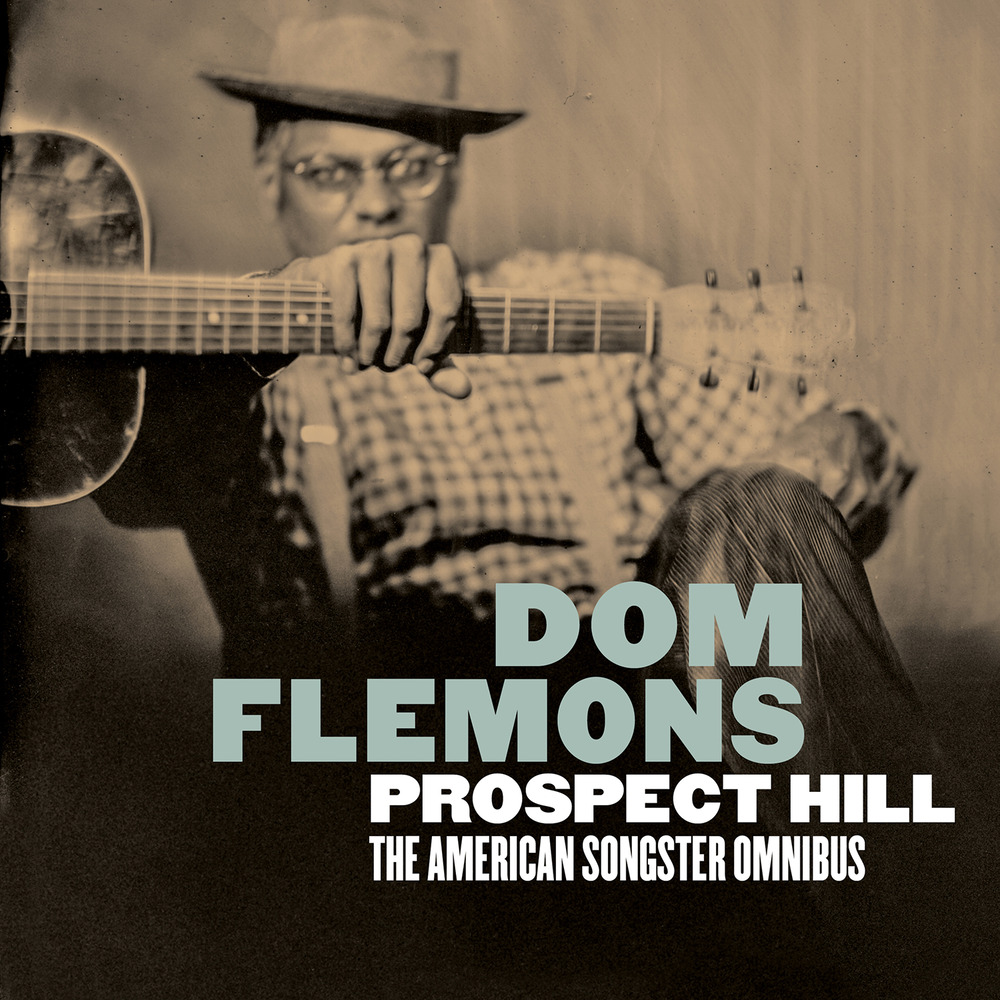 Dom Flemons is known as “The American Songster.” The talented multi-instrumentalist was a member of the Grammy®-winning Carolina Chocolate Drops from their inception in 2005 through 2013, and has performed with artists including Guy Davis, Old Crow Medicine Show, and Taj Mahal.

His third solo album, Prospect Hill, was released in 2014 after Flemons spent “many days listening to vinyl records, 78s and CDs, discovering new genres of music in record stores all across the country and the world.” That seminal release returns in an incredible, expanded edition.

Prospect Hill: The American Songster Omnibus is a 35-track collection containing a three-part journey: the original album; the 2015 Record Store Day 9-track EP What Got Over (originally vinyl only, making its first digital appearance); and a third section, The Drum Major Instinct, a set of 12 previously unissued instrumental tracks that “presents the vision of the Phoenix rising from the ashes, morphing into a butterfly, and seeing the world with a new set of eyes.”

So, take the journey, whether it’s your first time, or a return trip with new sights and sounds on Prospect Hill: The American Songster Omnibus.
44.1 kHz / 24-bit PCM – Omnivore Recordings Studio Masters