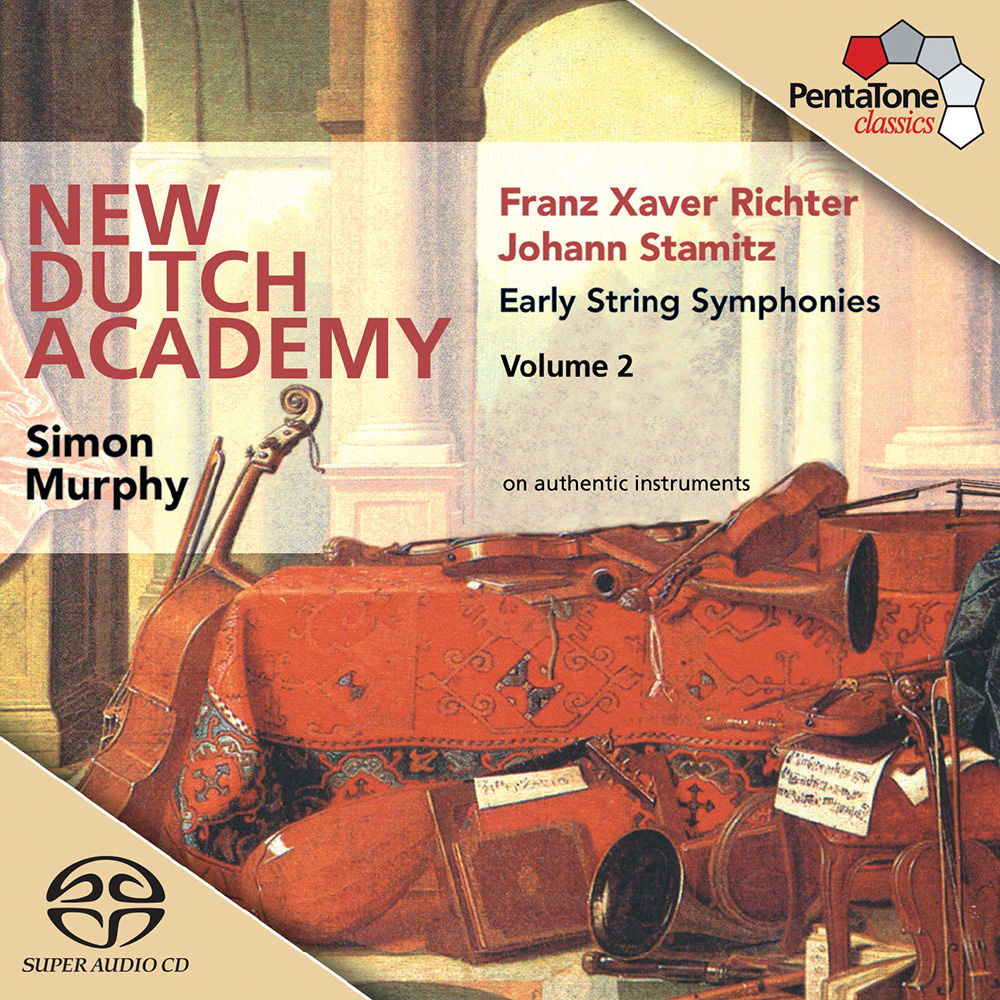 "... vibrant, energetic and wonderfully secure playing is supported by a sumptuous recording which fairly wallows in the fulsome acoustic, yet there is no loss of detail in the fast music."
- Gramophone

Conductor Simon Murphy leads his orchestra, the New Dutch Academy (playing authentic instruments) on these performances of early string symphonies by Johann Stamitz and Franz Xaver Richter, the second volume in a two-album series. Murphy has earned a reputation for his special focus on music of the 18th and early 19th centuries, delivering new musical insights, as evidenced on this recording.
96 kHz / 24-bit PCM and 2.8224 MHz DSD – PentaTone Studio Masters

 Recorded at concerts and sessions at the Oud-Katholieke Kerk of The Hague on 14, 15 and 16 January, 2003
Producer: Carl Schuurbiers
Balance / Recording Engineer: Erdo Groot
Editing: Carl Schuurbiers