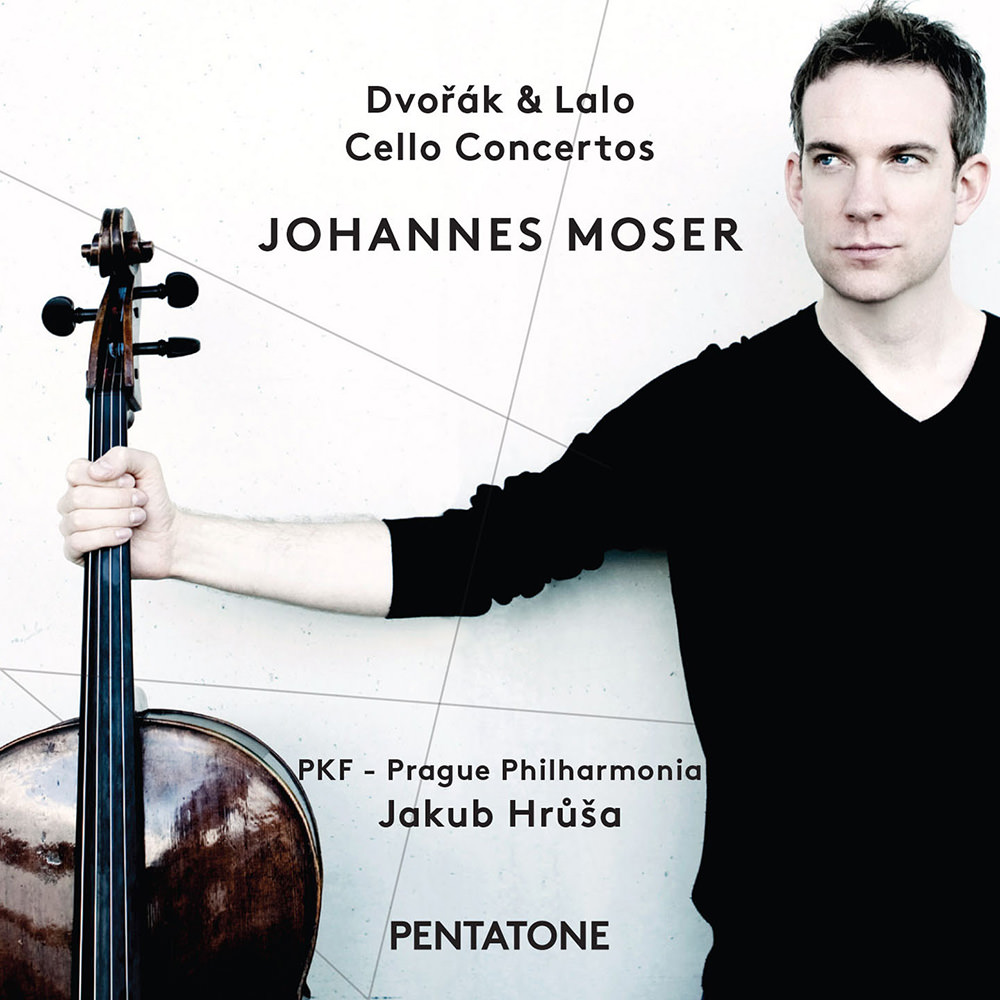 Available in 96 kHz / 24-bit AIFF, FLAC high resolution audio formats
Award-winning German-Canadian cellist Johannes Moser has chosen to record the pinnacle of the repertoire for cello and orchestra on this album, Dvořák's Cello Concerto, joined by the PKF - Prague Philharmonia. The monumental work explores the entire spectrum of human emotion, very much inspired by the composer's own experiences. Moser and conductor Jakub Hrůša used Dvořák's own manuscript in order to come closer to the composer's intention rather than relying on unquestioned traditions and acquired habits, while paying tribute to the concerto's nickname, "Dvořák's 10th Symphony." Moser completes the programme with Édouard Lalo's Cello Concerto, a composition of great verve which fully embodies Spanish flair combined with romantic spirit. "The unifying motif between these two cello concertos is a sense of yearning: from America, Dvořák yearned for his homeland and an unfulfilled love, whereas Lalo yearned for the typically Spanish flair and the Mediterranean temperament." - Johannes Moser
96 kHz / 24-bit PCM – PentaTone Studio Masters