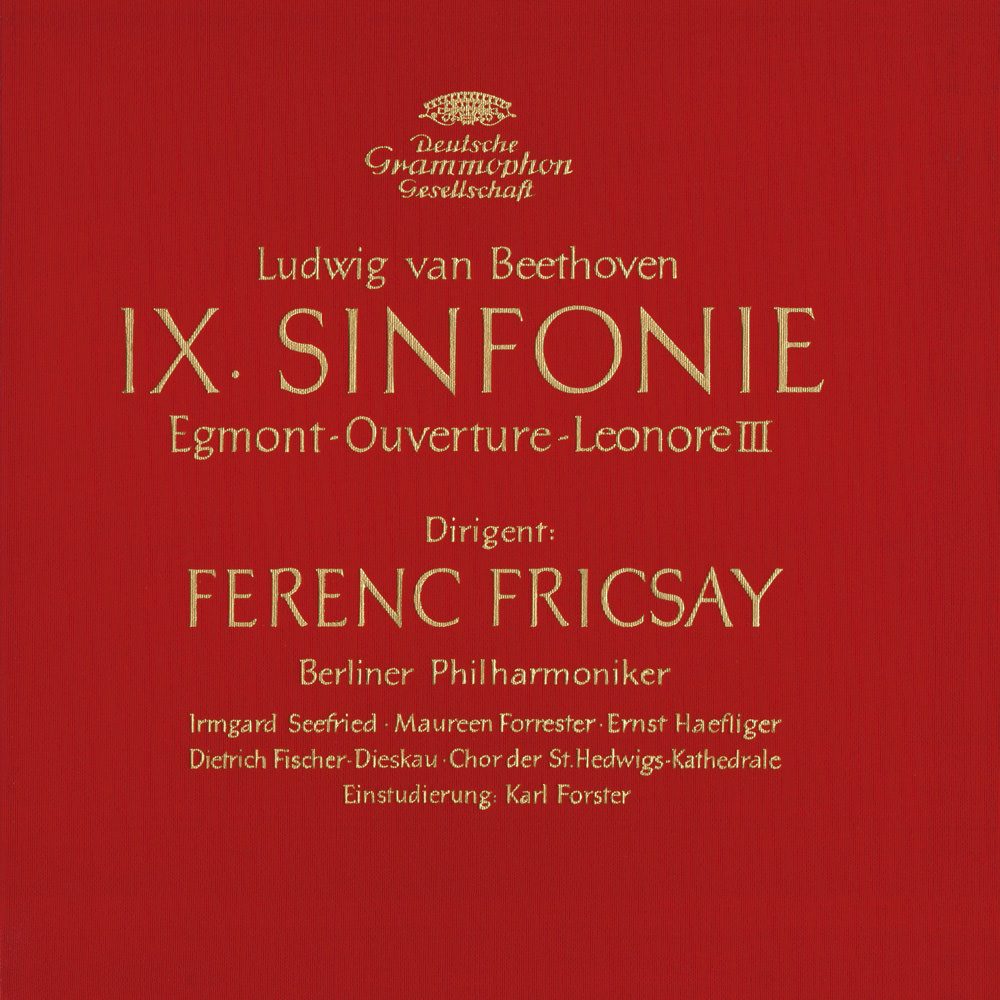 "... remains among the best (Symphony No. 9) ever recorded ... a fine quartet of soloists, enthusiastic chorus, gorgeously expansive recorded sound (superbly remastered) and wonderful playing by the Berlin Philharmonic set the seal on a performance that should never have been permitted to leave the active catalogue. Thank God it's back. Terrific Egmont too. Enjoy while you can!"
- ClassicsToday.com

This early stereo version of Beethoven's Symphony No. 9 was recorded in 1958 and showcases the conducting prowess of Ferenc Fricsay, who became famous for the performance. Fricsay leads the Berliner Philharmoniker, a choir and a cast of acclaimed soloists, including a young Maureen Forrester and lyric baritone Dietrich Fischer-Dieskau. This riveting version of the Ninth Symphony was later used by Stanley Kubrick in pivotal scenes in his film A Clockwork Orange.
96 kHz / 24-bit PCM – DG Studio Masters