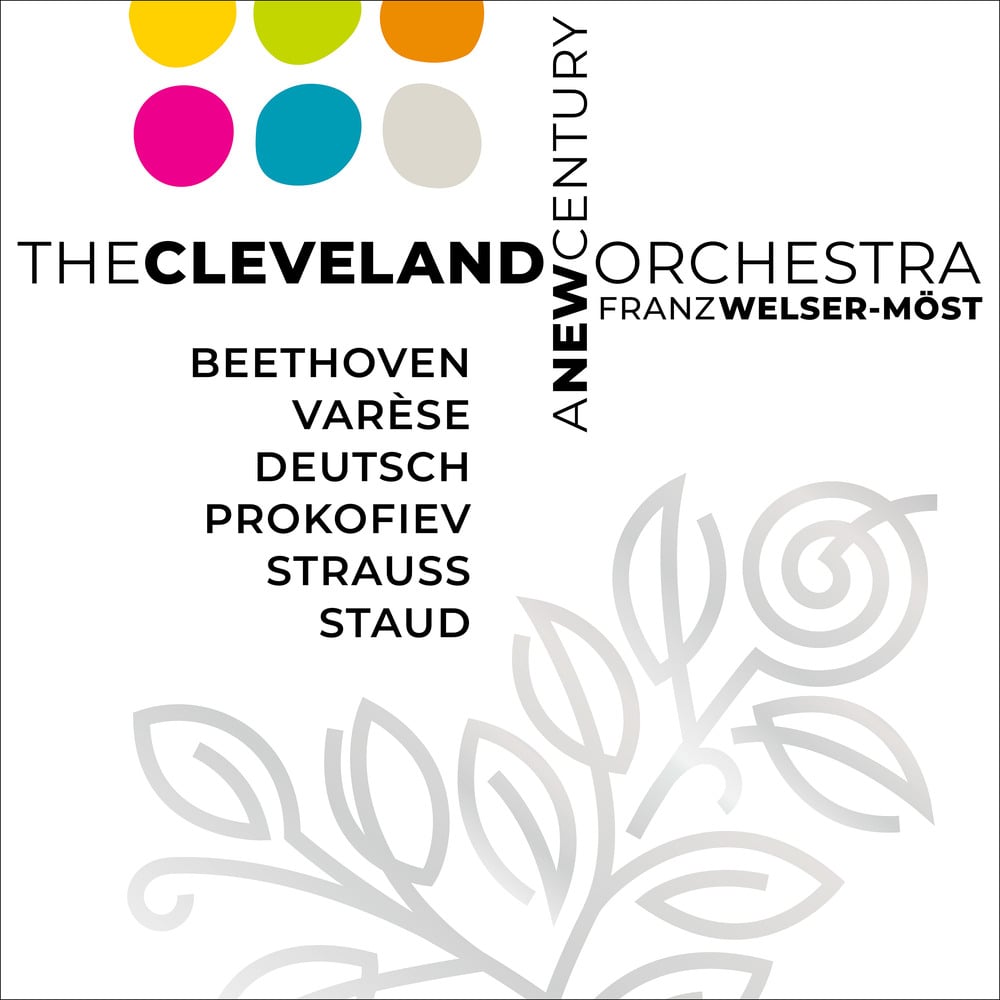 Available in 48 kHz / 24-bit AIFF, FLAC audio formats
Widely regarded as one of the world's finest orchestras, in 2018 The Cleveland Orchestra celebrated the 100th anniversary of its founding by pianist and impresario Adella Prentiss Hughes. Today, as the Orchestra looks forward into a new century, the ensemble launches its own record label with a deluxe box set conducted and curated by Franz Welser-Möst, their Music Director of almost two decades. Recorded in concert within the legendary acoustic of Severance Hall, A New Century features recordings of landmark works by Beethoven, Varèse, Richard Strauss, and Prokofiev alongside new works by Austrian composers Johannes Maria Staud and Bernd Richard Deutsch.
48 kHz / 24-bit PCM – Cleveland Orchestra Studio Masters