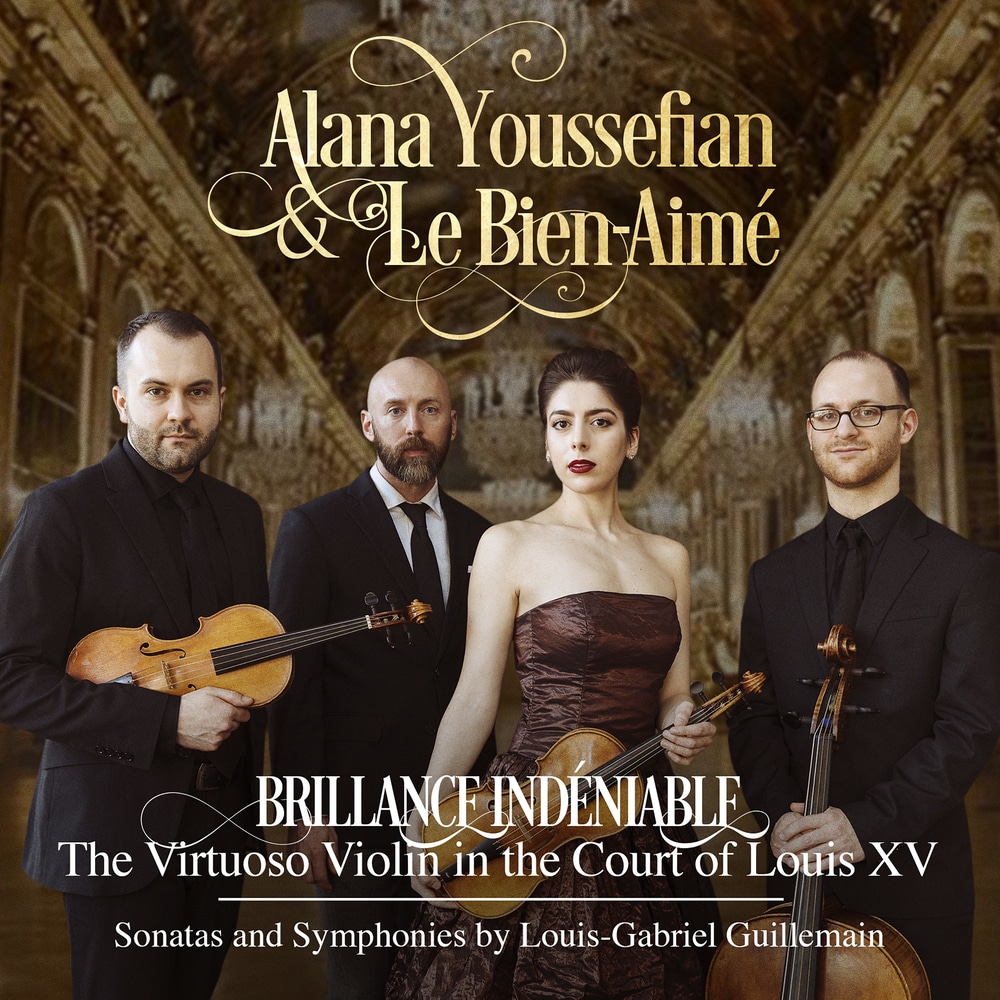 Brillance Indéniable: The Virtuoso Violin in the Court of Louis XV – Sonatas and Symphonies by Louis-Gabriel Guillemain

Award-winning baroque violinist Alana Youssefian and her ensemble Le Bien-Aimé release this bold album, showcasing music of the brilliant but little-known French violinist and composer Louis-Gabriel Guillemain. His precociousness noted at an early age, Guillemain went on to serve in the court of King Louis XV. His symphonies are as uplifting and innovative as his sonatas are astonishingly virtuosic. While his compositions tested the limits of his contemporaries, his lasting legacy may have been his ability to bridge the baroque and classical styles, seamlessly adapting to shifting tastes in music and art of his time.

Alana rises to the challenges of Guillemain’s technical demands with ease. The young, New York-based violinist is a sought-after soloist for baroque, classical, and romantic repertoire; she has been honoured with the top prize in The Juilliard School’s Historical Performance Concerto Competition and a coveted fellowship by The English Concert in America.
192 kHz / 24-bit, 96 kHz / 24-bit PCM – AVIE Records Studio Masters