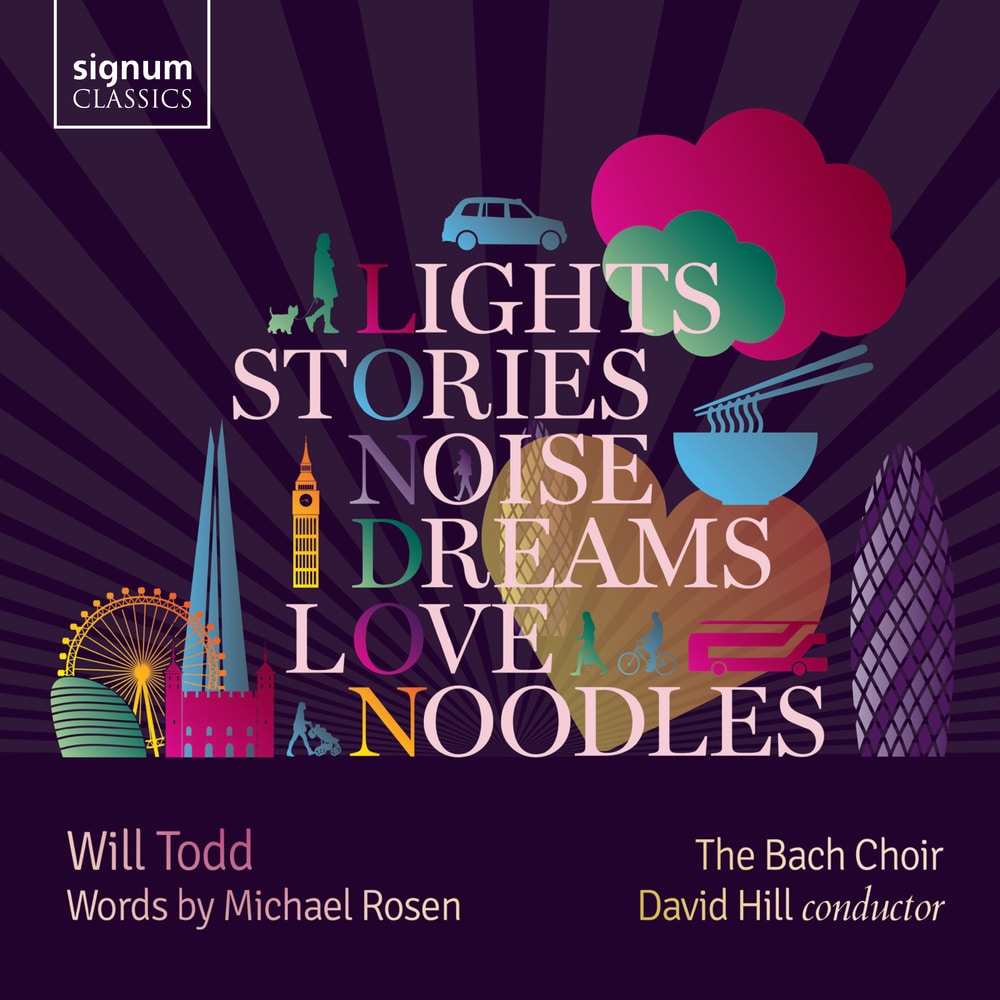 Available in 96 kHz / 24-bit AIFF, FLAC high resolution audio formats
English composer Will Todd is well known for his beautiful and exciting music. His work encompasses choral works large and small, opera, musical theatre and orchestral pieces, as well as jazz compositions and chamber works. His anthem, "The Call of Wisdom", was performed at the Queen’s Diamond Jubilee celebrations with a TV audience of 45 million people. His breakthrough work, "Mass in Blue" (originally titled Jazz Mass), has been performed hundreds of times all over the world. His arrangement of "Amazing Grace" was performed at President Obama’s Inauguration Day prayer service in 2013 and as part of the BBC’s Nelson Mandela Thanksgiving Service. This album celebrates the work of the Bach Choir’s amazing outreach project with local schools, which culminated in 2016 with the new commission "Lights, Stories, Noise, Dreams, Love and Noodles" with words celebrated poet Michael Rosen. Other works on the release include Will Todd’s vibrant settings of "Shakespeare" for choir and orchestra, "Songs of Magical Creatures", and a work in memory of Mark Blanco Kites, "Cards and Constellations".
96 kHz / 24-bit PCM – Signum Records Studio Masters