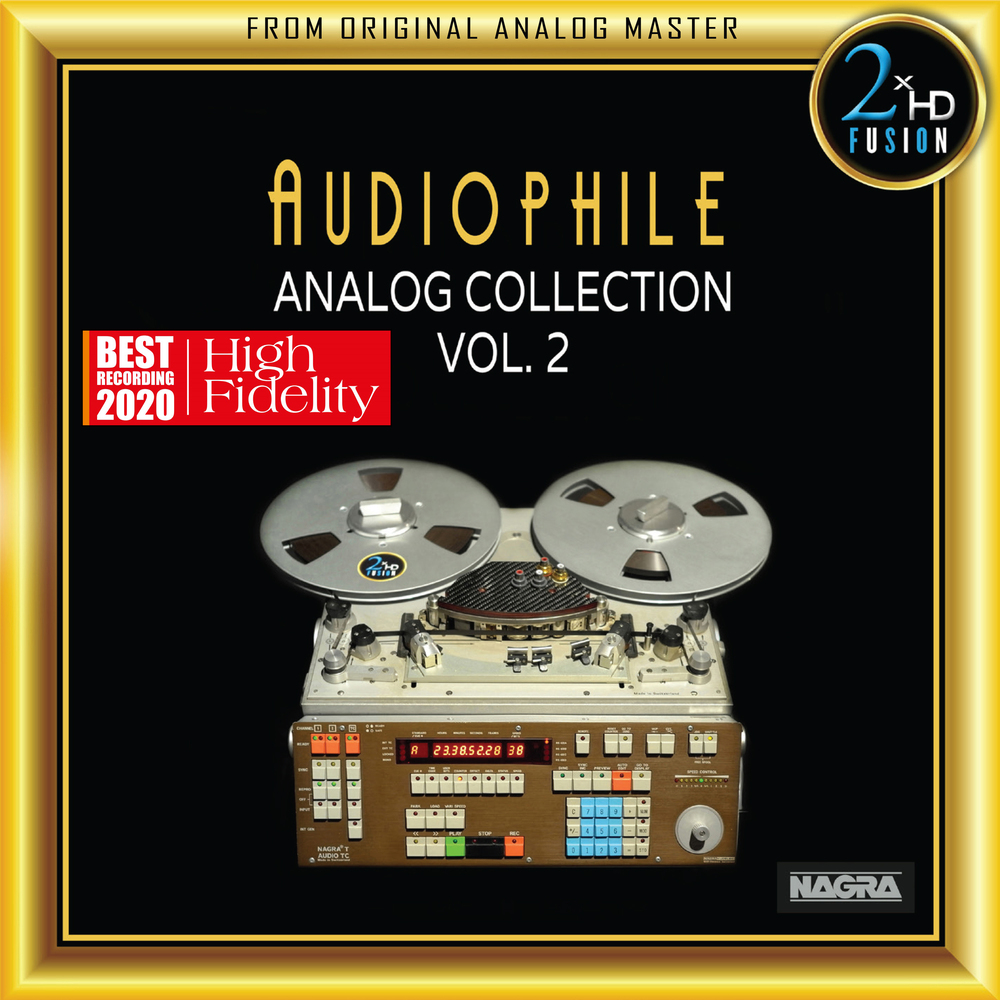 Available in 352.8 kHz / 24-bit, 192 kHz / 24-bit, 96 kHz / 24-bit AIFF, FLAC and 11.2896 MHz, 5.6448 MHz, 2.8224 MHz DSD high resolution audio formats
"This album is stunning to say the least. A reference level stuff! Do not miss this release when it's up for grabs. It really shows what a high-end system is capable or lack of!" - Monoandstereo.com From the worlds of jazz, blues, percussion ensembles, world music and classical music, this is a special compilation of analog audiophile recordings at their best, with emphasis on great sound. The DXD (352.8/24 Bit) format is a new addition to the 2xHD offering. For the recording on this tape, the original 1/4" 15ips CCIR master tapes were played on a Nagra-T tape recorder, modified with high-end tube playback electronics, wired with OCC silver cables from the playback head direct to a Nick Doshi tube head preamplifier. The Nagra T, with its four direct drive motors, two pinch rollers and a tape tension head, is one of the best transports ever made. A custom-built carbon fiber head block and a head damping electronic system permit 2xHD Fusion to obtain more transparency and better 3D imaging. The resulting single is then played through a mastering chain consisting of a selection of hi-end vacuum tube equipment which includes a modified vacuum tube NAGRA HD DAC (DSD) to make it possible to obtain a real analog sound from a digital master. The 2xHD FUSION mastering system is powered by a super capacitor power supply, with a new technology that lowers the digital noise in which is found in the lowest level, something that was not possible before. The resulting signal is then transformed into high resolution formats by recording it in DSD 11.2 kHz using Merging Technologies’ Horus A to D converter, which is also powered by a super capacitor power supply.
352.8 kHz / 24-bit, 192 kHz / 24-bit, 96 kHz / 24-bit PCM and 11.2896 MHz, 5.6448 MHz, 2.8224 MHz DSD – 2xHD Studio Masters