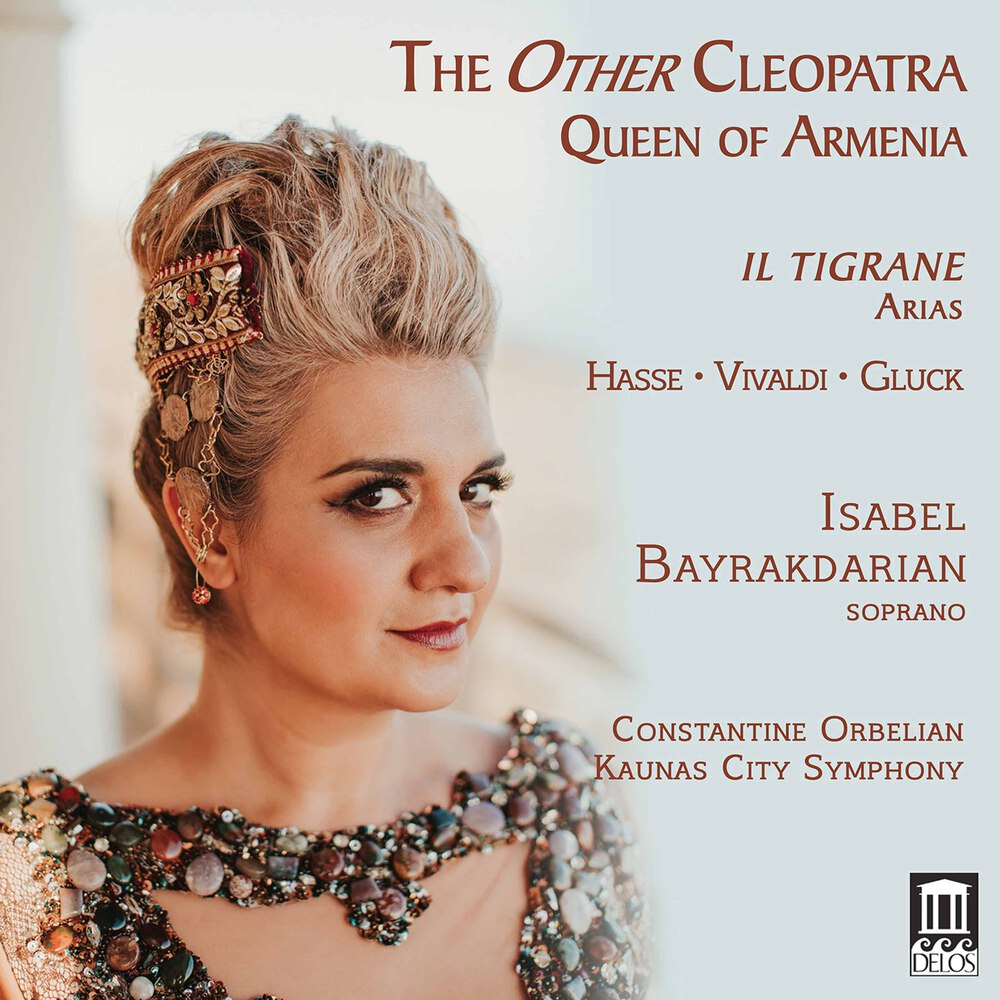 The Other Cleopatra: Queen of Armenia

Available in 96 kHz / 24-bit AIFF, FLAC high resolution audio formats
Yes, there was another Cleopatra! She was married to Tigranes the Great, King of Armenia, and together they created an Armenia that reached from the Caspian Sea to the Mediterranean. The resplendent and regal voice of soprano Isabel Bayrakdarian is perfectly suited to the role of Cleopatra. Bayrakdarian shines in arias from three rarely heard operas about King Tigranes and his queen. Bayrakdarian’s multi-hued voicerelates the passion, drama, and fervor of the love story of Tigranes and Cleopatra. Bayrakdarian sparkles in five arias from Il Tigrane by Baroque master Johann Adolph Hasse, famous in his day as one of the foremost composers of opera. Arias by Vivaldi and Gluck add further excitement to the album. Vivaldi, known primarily for his instrumental music, stands out as an opera composer, while Gluck, in an early opera, already shows his mastery of the form. Bayrakdarian is supported by the GRAMMY®-nominated team of Constantine Orbelian — “the singer’s dream collaborator” (Opera News) — and his marvelous Kaunas City Symphony Orchestra.
96 kHz / 24-bit PCM – Delos Studio Masters