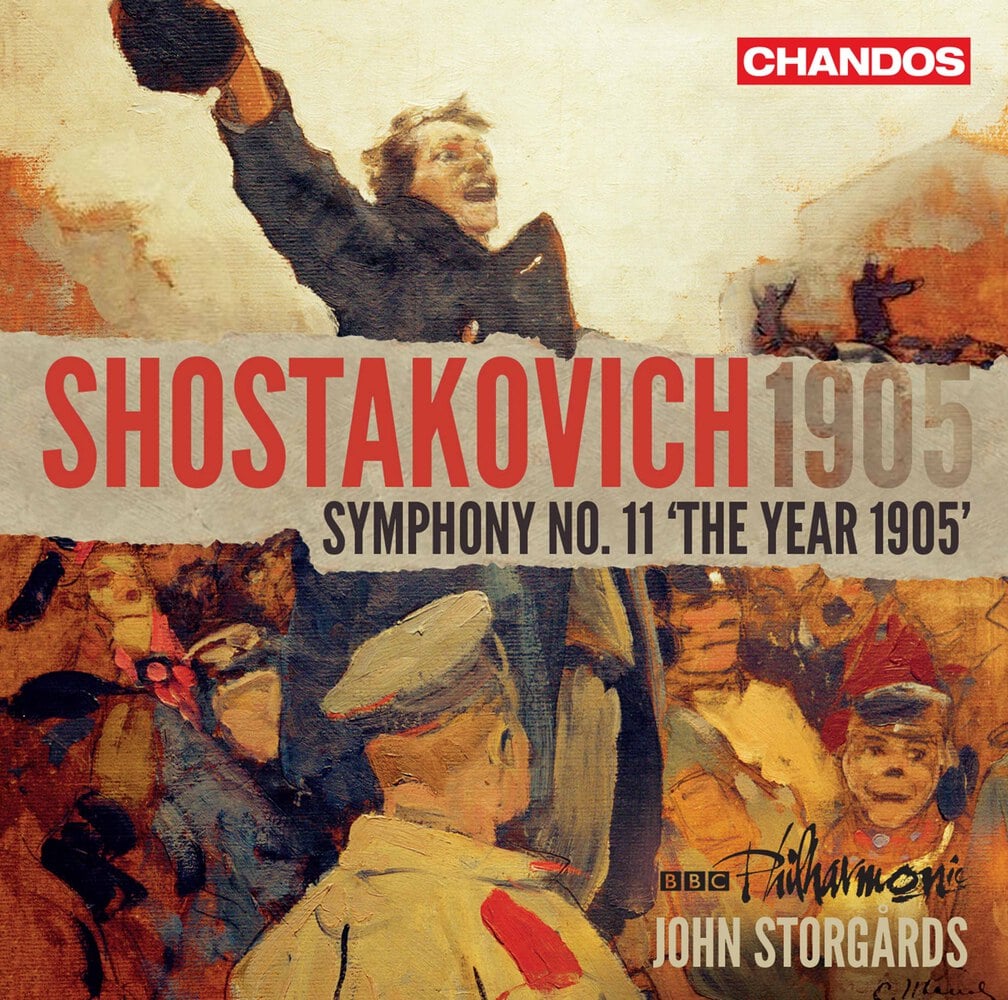 1905 was a year of revolutionary upheaval in pre-Soviet Russia. Shostakovich based this work on the events of one episode of that year, when thousands of workers and their families converged on the Winter Palace in St Petersburg to petition the Tsar over their working and living conditions. The Tsar had been advised to leave, no-one was there to accept the petition, and the authorities resorted to cavalry charges to disperse the crowd. With 200 dead and 500 wounded, this incident damaged the Tsar’s reputation and flamed the fire of revolution in the masses. Whether the work was intended as a politically correct commemoration to please his Soviet paymasters, or actually as a commentary on the 1956 Hungarian uprising, remains under debate. There is no doubt, however, that this majestic score, almost filmic in its conception, remains a milestone in Shostakovich’s output.

The BBC Philharmonic under John Storgårds captures the tremendous intensity of the work in this high-fidelity recording. For perhaps the first time for sixty years, this recording uses four church bells, on loan from the Royal Liverpool Philharmonic Orchestra, rather than the standard orchestral tubular bells. Church bells may be heard on the earliest recording of the Eleventh Symphony, by the Leningrad Philharmonic Orchestra under Yevgeny Mravinsky in 1959, and may therefore be presumed to have the composer’s approval. John Storgårds has chosen to let them ring on after the end of the work, an option also favoured in performance by Mstislav Rostropovich.
96 kHz / 24-bit PCM – Chandos Studio Masters