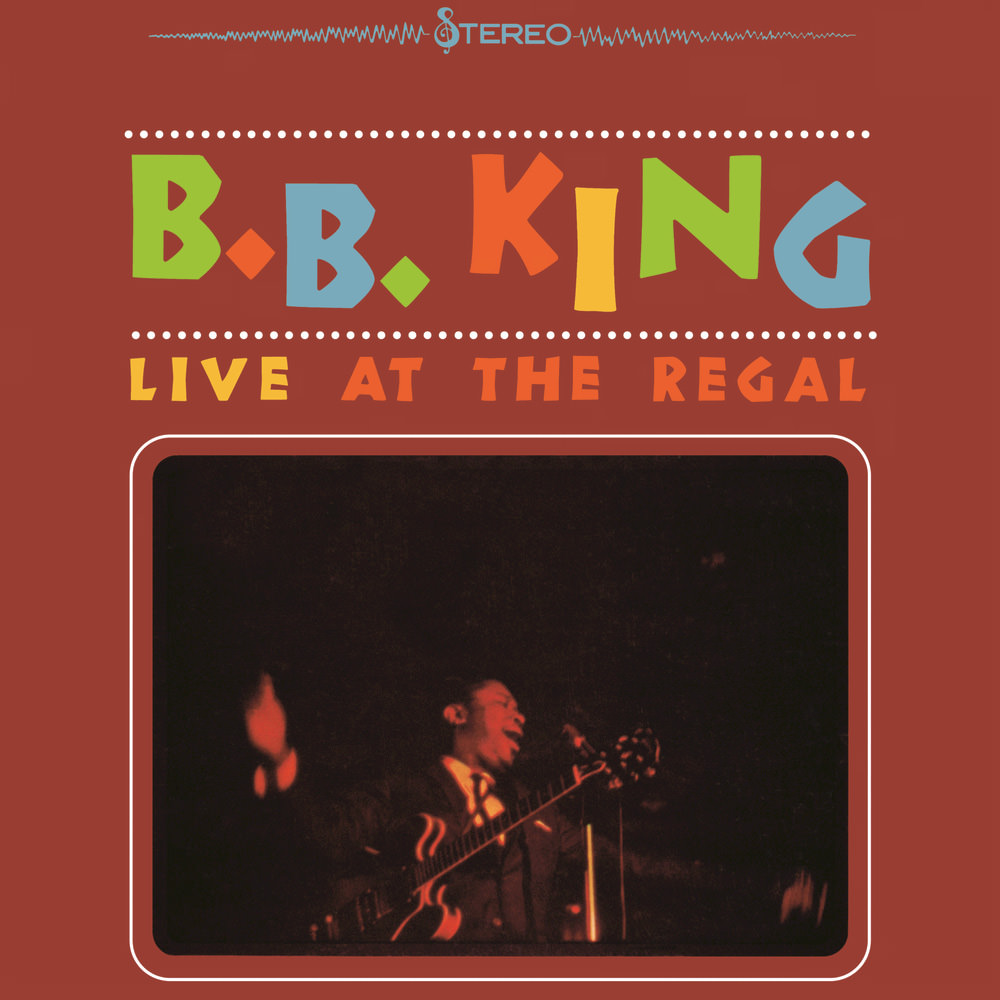 Live At The Regal

"... King was at his best on stage in front of an appreciative, if not ecstatic, crowd."
- Encyclopedia of Popular Music

"Go out and find Live At The Regal, which is where it really started for me as a young player."
- Eric Clapton

"... blues aficionados still speak of it with awe: Eric Clapton was rumored to spin Live At The Regal to prep for his shows. Newcomers encountered an urbane but never slick professional, backed by a killer horn section, who belted each number with class and grit, all the better to showcase the jazzy yet terse yet economical solos he coaxed from his beloved black Gibson, Lucille."
- Rolling Stone

Recorded in November 1964 at the Regal Theater in Chicago, this seminal live collection, B.B. King's first, has been ranked by Rolling Stone as the fifth greatest live album of all time and has been permanently preserved in the Library of Congress National Recording Registry.
192 kHz / 24-bit, 96 kHz / 24-bit PCM – Geffen* Studio Masters