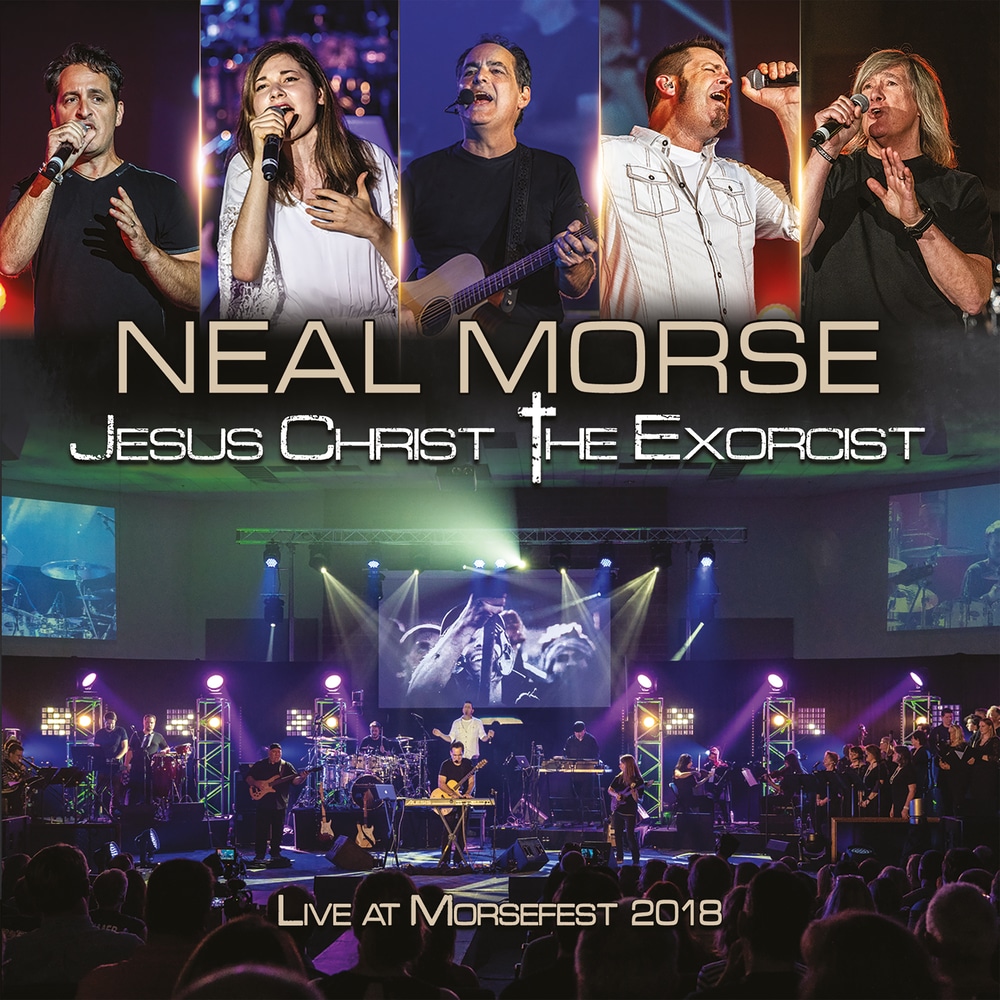 Available in 44.1 kHz / 24-bit AIFF, FLAC audio formats
Jesus Christ - The Exorcist is a monumental project in Neal Morse’s already impressive discography. A Progressive Rock Opera 10 years in the making, it was written and produced by Morse and includeds performances by Neal and an all-star cast of vocalists and musicians. With a cast of amazing vocalists and musicians like Ted Leonard, Eric Gillette, Nick D’Virgilio, Randy George, Bill Hubauer, Matt Smith, and others, this progressive rock opera is a landmark event that will leave its mark on every listener. “Let him who has ears to hear…let him hear!” Jesus Christ - The Exorcist, had it’s live world premiere in 2018 and was performed by a Prog Rock all-star cast featuring Neal Morse (keys, guitar), Paul Bielatowicz (lead guitar), Bill Hubauer (keys), Randy George (bass), and Eric Gillette (drums). Featured vocalists included Ted Leonard (Spock's Beard, Enchant), Nick D'Virgilio (Big, Big Train, Spock's Beard), Jake Livgren (Protokaw), Matt Smith (Theocracy), Wil Morse and more. Also, John Schlitt (Petra) and Rick Florian (White Heart) have been added to the performance as well. "Sometimes providence comes with a whisper; sometimes it comes with an unexpected phone call. A friend of mine who works in the music business called me from New York one day in 2008 and said, "Hey man, a friend and I were listening to Jesus Christ Superstar last night and were saying, 'Man, somebody ought to do a new rock opera based on the Jesus story'. I told my friend, 'I know the guy!' He went on to tell me I ought to write an epic prog piece based on the gospels. With a New York accent he said, 'Ya gotta do it!' I laughed and said, 'Well, I'm busy right now, but I'll think about it.' Over the next couple of months, I began to feel that "yes" inside and spent a few months writing the first draft. The strong sense that I was onto something continued to grow and the people that sang on the original version were really into it. One day the phone rang and it was my friend from New York, Michael Caplan. He said, 'You’re not gonna believe this, but I’ve got a company interested in the musical!' I replied, 'That’s great, ‘cause I am in the middle of a rewrite as we are putting it on at Morsefest 2018 in a few months.' Very timely! The company is called Frontiers Music Srl and after some communication, we struck a deal! Cool! So, here we are..ready to release this collection of songs and themes that is very dear to my heart and I believe tells the greatest story ever told in a powerful, new way." - Neal Morse
44.1 kHz / 24-bit PCM – Frontiers Records s.r.l. Studio Masters