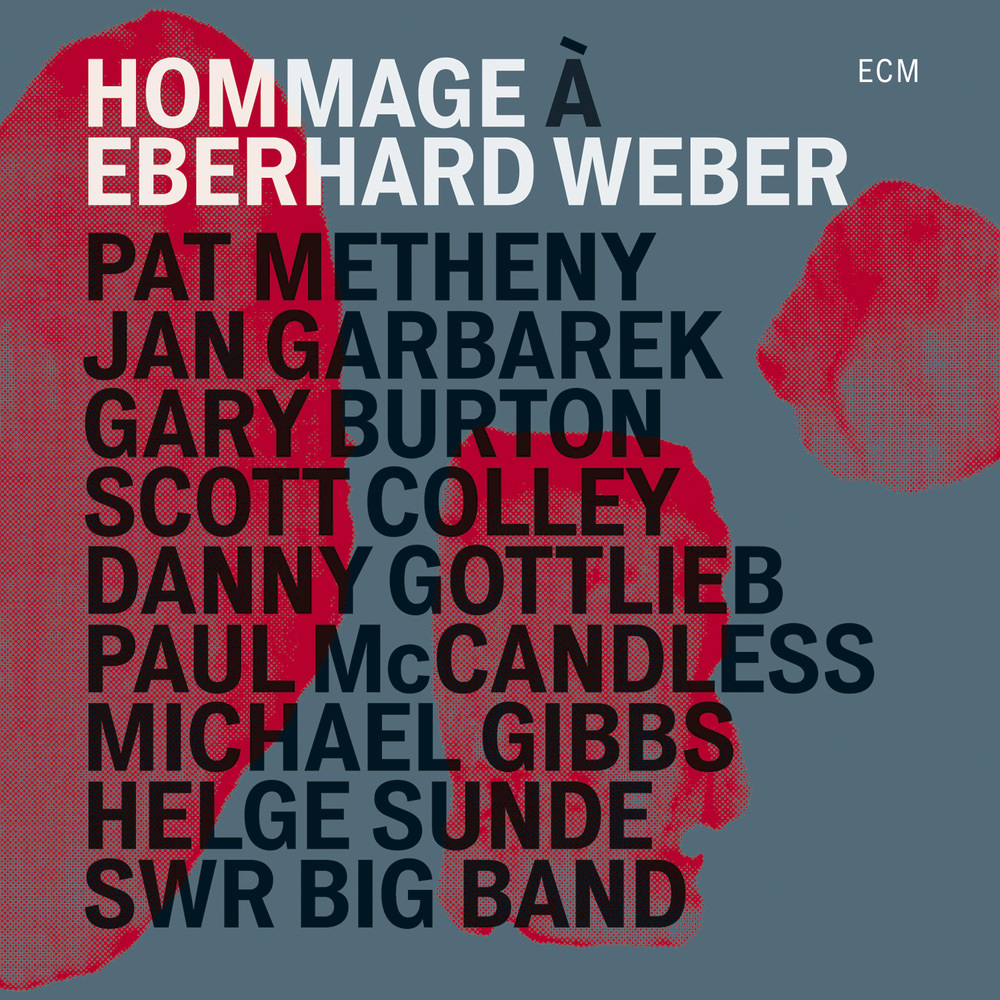 Available in 48 kHz / 24-bit AIFF, FLAC audio formats
"Rarely does a living musician receive such a beautiful tribute ... it's hard to imagine any ECM fan who would not enjoy this recording." - All About Jazz "It was a class reunion to remember ... Pat Metheny did everything he could to construct a performance that could only spring from the fertile mind of Eberhard Weber. And, he succeeded." - Something Else! "The centrepiece is Metheny’s Hommage that orchestrates several Weber solo bass improvisations, based on filmed performances of them, which were edited together into a new long-form piece." - Jazzwise Drawn from concerts at Stuttgart’s Theaterhaus in January 2015 to mark legendary bassist Eberhard Weber’s 75th birthday, Hommage is a remarkable live album incorporating big band arrangements of Weber compositions as well as striking new music from old friends and colleagues Pat Metheny and Jan Garbarek. The centerpiece and the title track is a specially commissioned work by Metheny, with whom Weber had played and recorded back in the 1970s. The extended composition is built upon recordings of solo improvisations by Weber, subtly orchestrated by Metheny. "... I felt that (Weber's) sonic identity was such a huge component in his work that I wanted to somehow acknowledge it in whatever form I could. It came to me that it would be interesting to take the idea of sampling one step further; to find video elements of Eberhard improvising and then reorganize, chop, mix and orchestrate elements of those performances together into a new composition ... it seemed like a new way to compose for me that would almost take the form of visual sampling." - Pat Metheny
48 kHz / 24-bit PCM – ECM Studio Masters