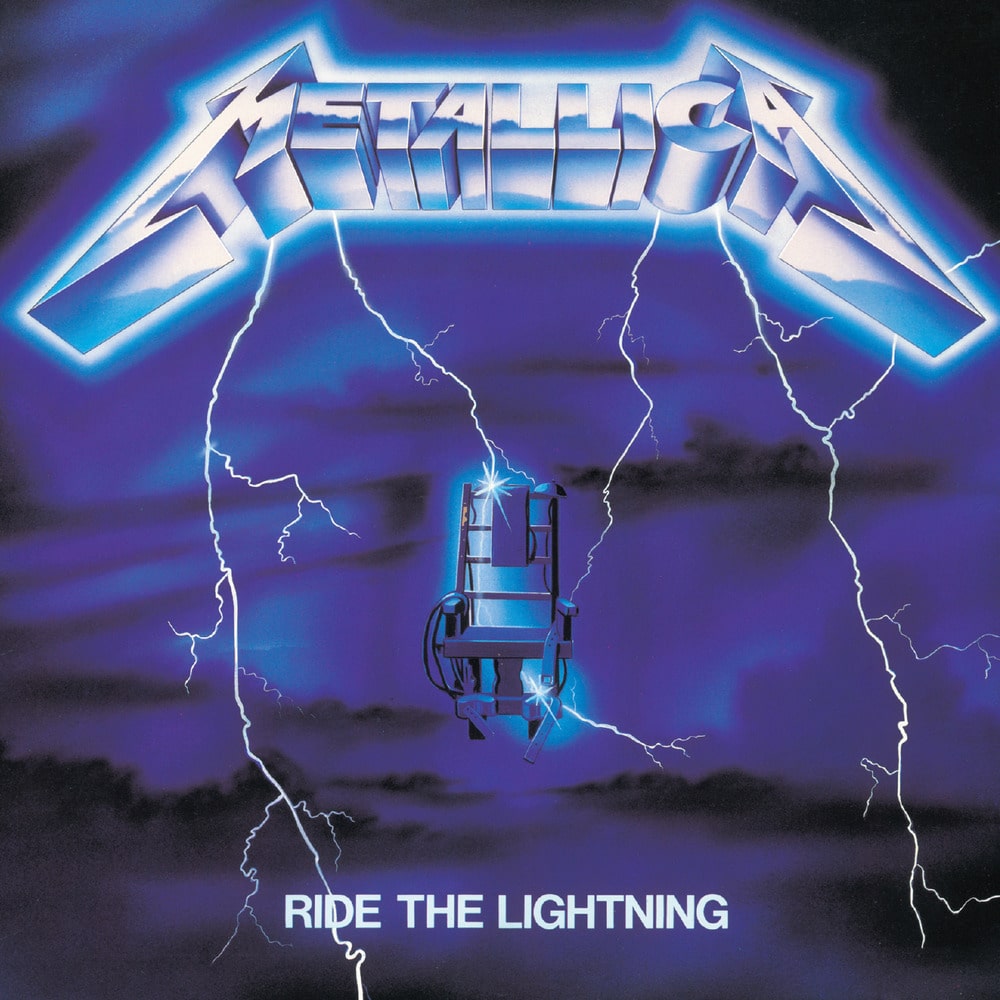 Available in MQA and 96 kHz / 24-bit AIFF, FLAC high resolution audio formats
"Ride the Lightning addresses capital punishment, death, suicide, and nuclear annihilation—basically, the array of concerns that would become metal's standard lexicon. Musically, the album represents the moment where thrash intersected with prog, thus raising the bar on technicality, structure, chops, and ambition. Its combination of broadened perspective and elevated musicianship arguably mark it as the point where metal as a whole graduated from goofy adolescent expression to an artform that could speak to thinking adults and nourish listeners long after they grew out of its primary demographic age group. In short, Ride the Lightning is the moment where metal developed a worldview. After Ride the Lightning, thrash turned into an arms race of ever-increasing technical proficiency." - Pitchfork Ride the Lightning is the second studio album by American heavy metal band Metallica, released on July 27, 1984, by the independent record label Megaforce Records. The album was recorded in three weeks with producer Flemming Rasmussen at the Sweet Silence Studios in Copenhagen, Denmark. The title was taken from a passage in Stephen King's novel The Stand. Although rooted in the thrash metal genre, the album showcased the band's musical growth and lyrical sophistication. This was partly because bassist Cliff Burton introduced the basics of music theory to the rest of the band and had more input in the songwriting. Instead of relying heavily on fast tempos as on its debut Kill 'Em All, Metallica broadened its approach by employing acoustic guitars, extended instrumentals, and more complex harmonies. As of 2020, Ride the Lightning became the first of two albums to feature five songwriters. It was the last album to feature songwriting contributions from former lead guitarist Dave Mustaine, and the first to feature contributions from his replacement, Kirk Hammett.
96 kHz / 24-bit PCM – Blackened Records Studio Masters