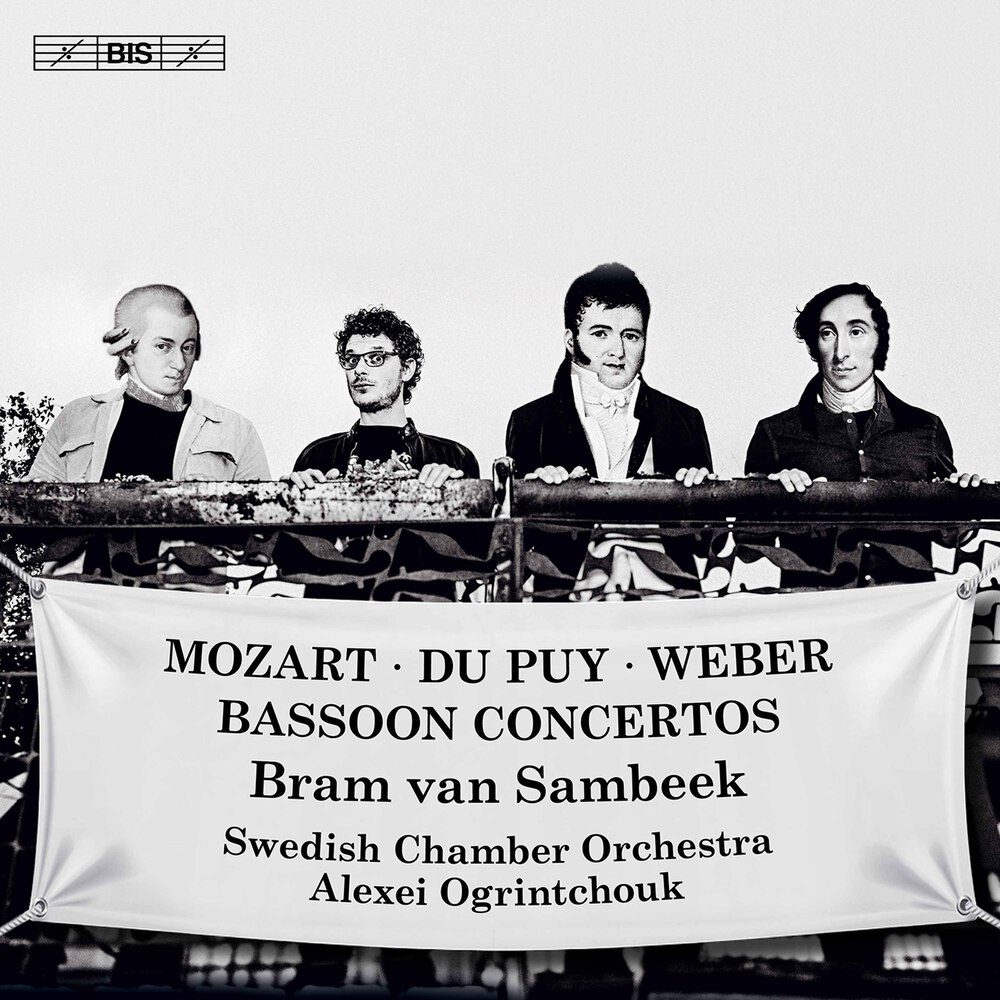 As Bram van Sambeek writes in the liner notes to his new album, bassoonists consider Mozart’s Concerto in B flat major the absolute pinnacle of their repertoire. A man of great contrasts himself, Mozart recognized the potential of the bassoon as a vehicle for expressing a wide range of moods and attitudes – from the joking and playful to the dreamily tuneful. Another composer who showed a special understanding for the instrument was Carl Maria von Weber, whose Concerto in F major doesn’t come far behind Mozart’s on the list of all-time bassoon hits. But as all bassoonists would agree, that list is on the short side – compared to the piano or the violin, the bassoon has been sadly underused by composers. How much easier then to imagine van Sambeek’s excitement when, by chance, he came across an unknown bassoon concerto.

From a library in Stockholm he had requested a quintet for bassoon and strings by the Swiss-born, Swedish-based singer-conductor-composer and jack-of-most-trades Édouard Du Puy (c.?1770—1822) but, by mistake, he was sent a copy of the autograph manuscript for Du Puy’s ‘Concerto pour le Basson’ in C minor. Recognizing the importance of the discovery, van Sambeek organized for a modern edition to be made. Describing it as ‘a work which deserves a place amongst the few important bassoon concertos that we have’, he has now chosen to present it to the world alongside Mozart and von Weber, with spirited support from the acclaimed Swedish Chamber Orchestra conducted by his colleague and long-time collaborator, the oboist Alexei Ogrintchouk.
96 kHz / 24-bit PCM – BIS Records Studio Masters