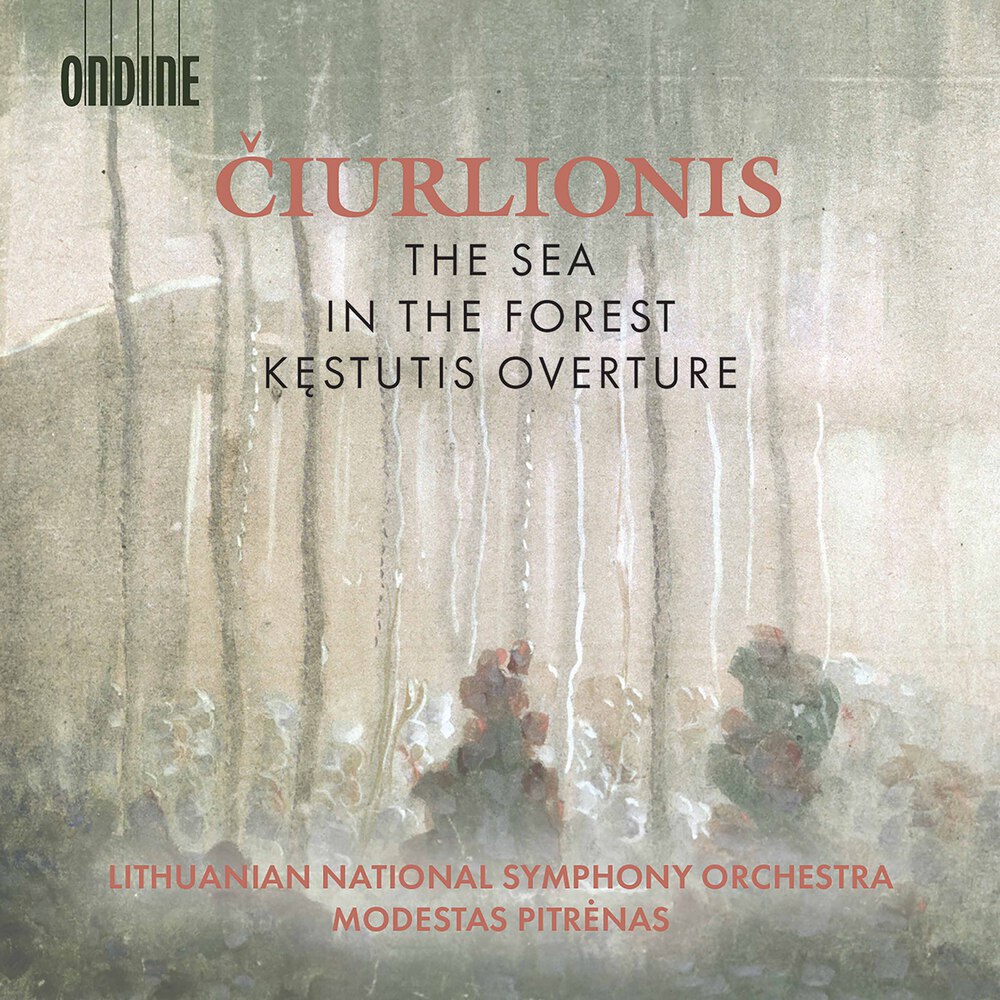 Čiurlionis: The Sea, In the Forest & Kęstutis

Available in 96 kHz / 24-bit AIFF, FLAC high resolution audio formats
This release by the Lithuanian National Symphony Orchestra under the direction of Modestas Pitrėnas includes the complete surviving symphonic oeuvre of the great Lithuanian composer Mikalojus Konstantinas Čiurlionis (1875–1911) restored back into their original versions. Čiurlionis was conceptually ahead of his time and the uniqueness and aesthetic value of his compositions have been fully understood only during the last decades. For the international audience Čiurlionis is particularly known as a painter who gave titles related to music to his paintings, but he wrote an impressive catalogue of at least over 340 music compositions, including 10 orchestral works. Čiurlionis studied composition under professor Carl Reinecke in Leipzig. He submerged himself into investigation of orchestrations of Hector Berlioz and especially Richard Strauss. His symphonic poems "In the Forest" (1900–1901) and "The Sea" (1903–1907) remain the cornerstones of Lithuanian symphonic repertoire. "In the Forest" brought Lithuanian professional academic music into existence, while "The Sea" remains an unsurpassed peak in the history of Lithuanian symphonic literature. Sadly, both works were premiered only after the composer’s death, in 1911 and 1936. Although both works were published, it was only in recent years when they have been cleared of editions by other composers back into their original form finally bringing to the listener the way how the composer envisioned them. The 30-minute symphonic poem The Sea has particularly sad history of editions and ‘improvements’ by other composers, but this recording includes the work in its original form.
96 kHz / 24-bit PCM – Ondine Studio Masters