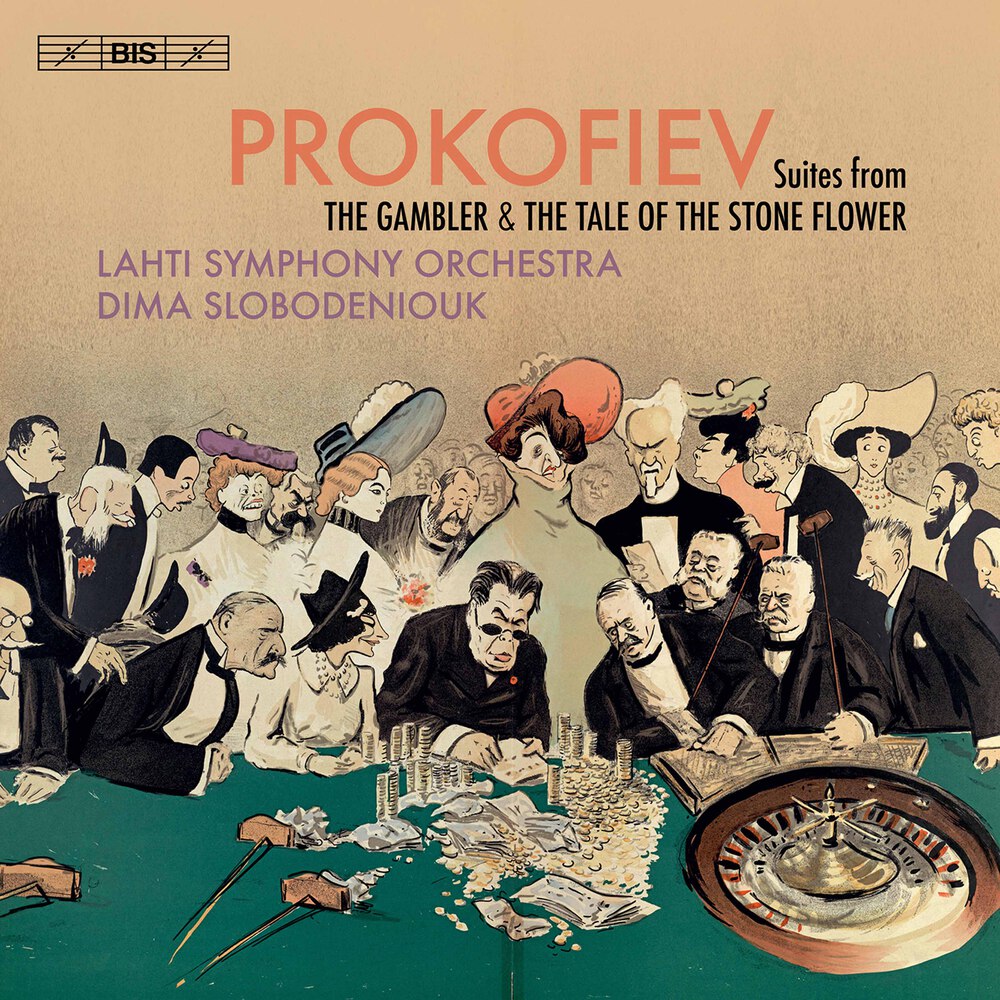 Prokofiev: Suites from The Gambler & The Tale of the Stone Flower

Throughout his career, Sergei Prokofiev wrote a large number of works for the stage – some of them highly successful, others less so. Whichever the case, Prokofiev would rarely miss the opportunity of recycling the score in one way or another – staying more or less close to the original in an orchestral suite or using it as material for a completely new work, such as the Third and Fourth symphonies (based on the ballet "The Prodigal Son" and the opera "The Fiery Angel", respectively.)

The present release combines suites created from Prokofiev’s very first opera ("The Gambler", 1915–17) and his very last ballet ("The Stone Flower", 1948–53). Based on a short novel by Dostoyevsky, "The Gambler" doesn’t have separate numbers that can easily be detached. Instead Prokofiev created ‘portraits’ of the four main characters, by re-assembling the music associated with them throughout the opera. The plot of "The Tale of the Stone Flower" was based on a collection of folk and fairy tales from mining communities of the Ural Mountains, and Prokofiev composed a 150-minute score in an idiom relying on folk elements and nineteenth-century musical traditions. While waiting for official permission to have the ballet performed, he planned a number of orchestral suites.

On this recording, the Lahti Symphony Orchestra and their principal conductor Dima Slobodeniouk splice together two of these compilations: the "Wedding Suite", Op.126 and the "Gypsy Fantasy", Op.127, both of which were performed before the ballet itself, in 1951. The result is preceded by the opening of the actual ballet, entitled "The Mistress of the Copper Mountain". These suites frame the brief "Autumnal Sketch", one of the composer’s earliest acknowledged works for orchestra.
96 kHz / 24-bit PCM – BIS Records Studio Masters