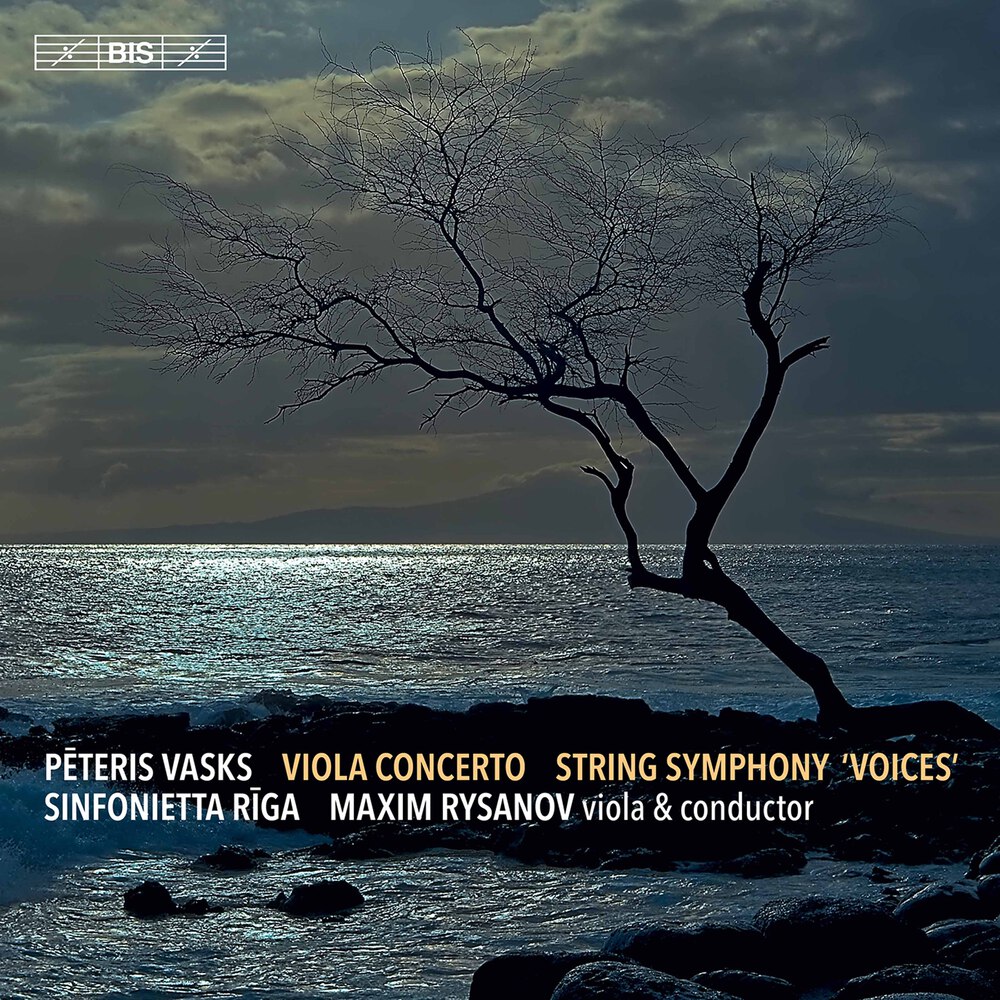 Originally a double bass player, Peteris Vasks has a special fondness for the string family, and has composed numerous works for string ensembles of various sizes. Some of his most widely performed works are for string orchestra, among them Musica dolorosa and the violin concertos "Distant Light" and "Lonely Angel". Another one is his Symphony for Strings "Voices", composed in 1991, as his native Latvia, along with Estonia and Lithuania, was breaking free from the crumbling Soviet Union. In a note on the work, Vasks has written: "… the new beginning was difficult. The symphony speaks of my essential, most meaningful themes. About life. About eternity. About conscience."

On this recording, "Voices" is performed by Vasks’ compatriots in the eminent Sinfonietta Riga, making their first appearance on BIS. The Sinfonietta has an ongoing collaboration with Maxim Rysanov, as soloist as well as conductor, and Rysanov here has occasion to show both sides of his musicianship, as he conducts the ensemble as well as performs the solo part in Vasks’ recent Concerto for Viola. The concerto is dedicated to Rysanov, who premièred it in 2016 and now presents it on album for the first time. In four movements, the work demonstrate a characteristic feature of Vasks’ style, the strong contrasts between translucent serenity and deep despair that remind us of the ephemeral and complex world we live in.
96 kHz / 24-bit PCM – BIS Records Studio Masters