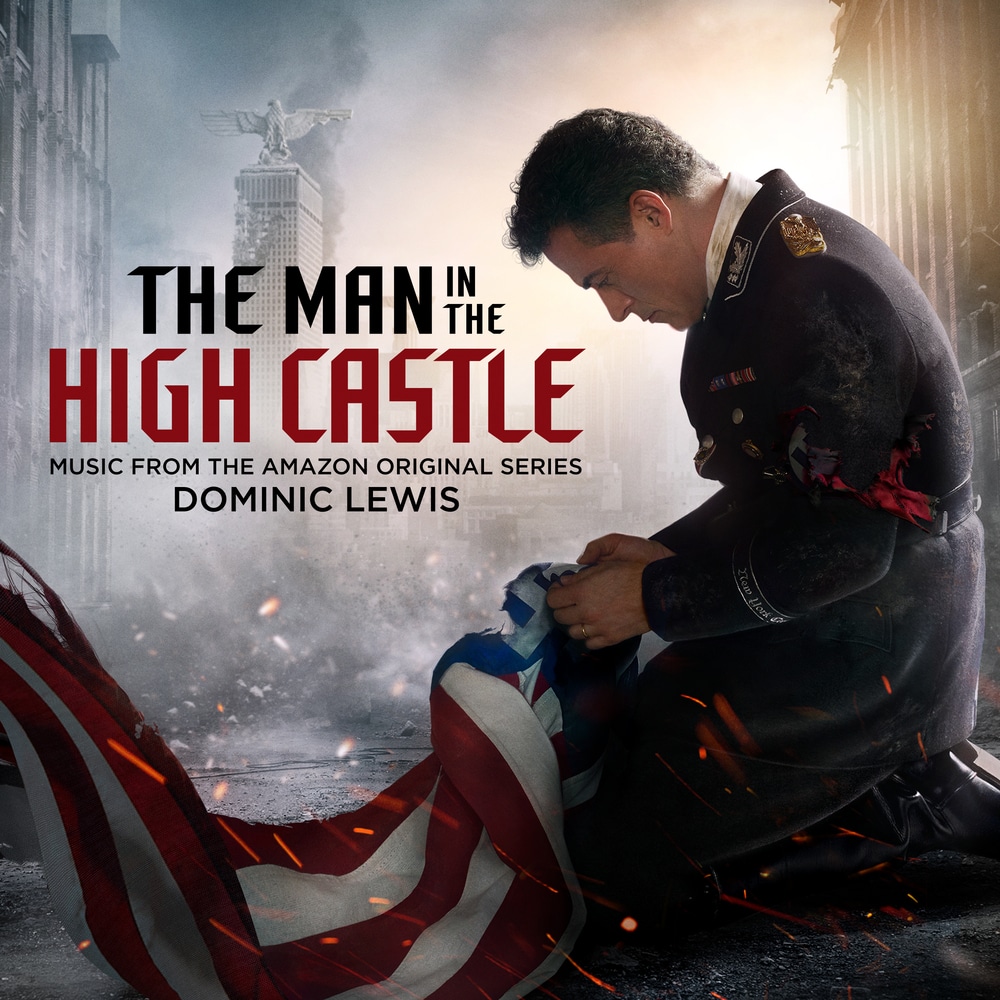 Available in 48 kHz / 24-bit AIFF, FLAC audio formats
Lakeshore Records releases The Man in the High Castle (Music from the Amazon Original Series), featuring selections from Dominic Lewis' (How to Train Your Dragon, X-Men: First Class, Captain America: The Winter Soldier) original score for the acclaimed alternate history series. The Man in the High Castle depicts a parallel universe where the Axis powers win World War II. In the parallel universe, Nazi Germany and the Empire of Japan have divided the United States into the Greater Nazi Reich in the east, with New York City as its regional capital, and the Japanese Pacific States to the west, with San Francisco as the capital. These territories are separated by a neutral zone that encompasses the Rocky Mountains. The series starts in 1962 and follows characters whose destinies intertwine when they come into contact with newsreels and home movies that show Germany and Japan losing the war. The title of the series refers to the mysterious figure believed to have created the footage.
48 kHz / 24-bit PCM – Lakeshore Records Studio Masters