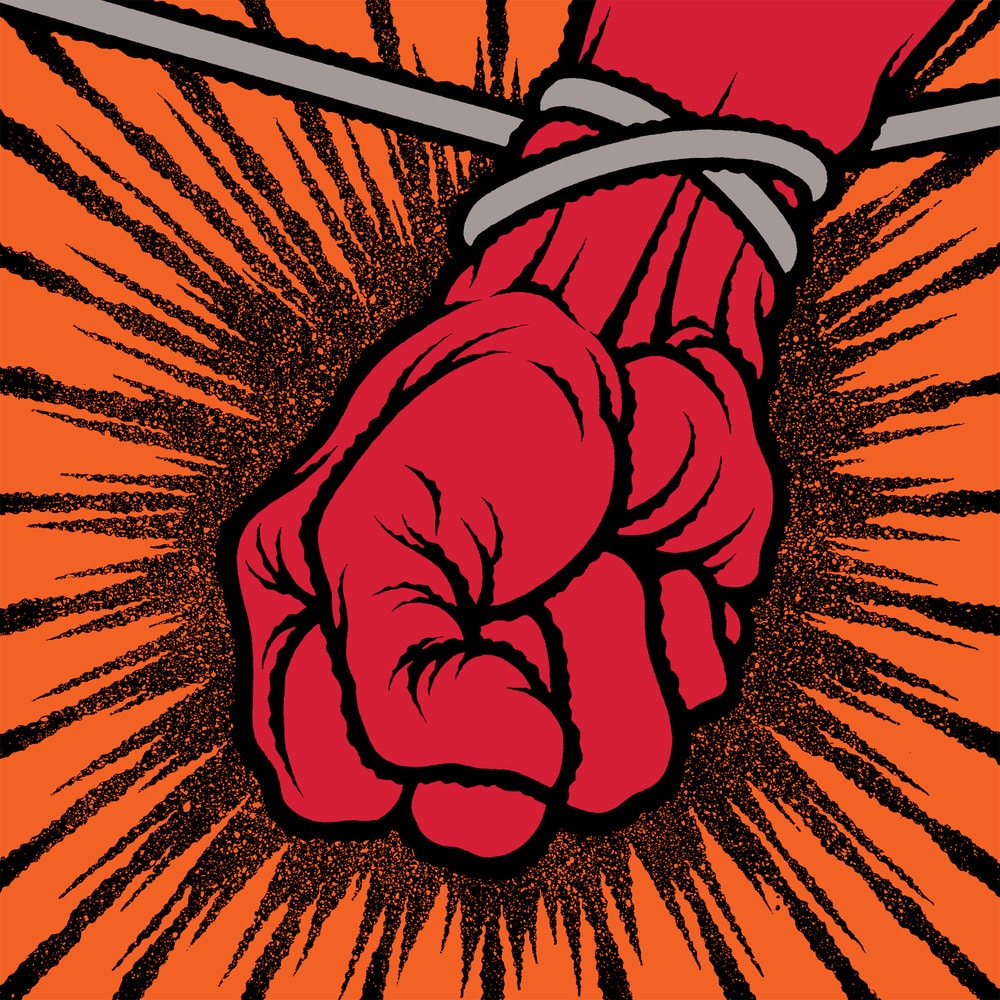 "...the songs are a stripped back, heroically brutal reflection of this fury. You get the sense that, as with their emotional selves, they've taken metal apart and started again from scratch. There's no space wasted here, no time for petty guitar solos or downtuned bass trickery, just a focused, relentless attack."
- NME

St. Anger is the eighth studio album by American heavy metal band Metallica, released on June 5, 2003. It was the last Metallica album released through Elektra Records and the final collaboration between Metallica and longtime producer Bob Rock, with whom the band had worked since 1990. This is the band's only album not to feature an official bass player, as Jason Newsted left Metallica prior to the recording sessions; Rock played the album's bass parts in his place.

Recording began on April 23, 2001, but was postponed when rhythm guitarist and singer James Hetfield entered rehabilitation for alcoholism, among other addictions, and didn't resume until 2002. The recording is the subject of the 2004 documentary film Metallica: Some Kind of Monster. With an alternative metal style, raw production, and no guitar solos, St. Anger departed from Metallica's signature style.
88.2 kHz / 24-bit PCM – Blackened Records Studio Masters