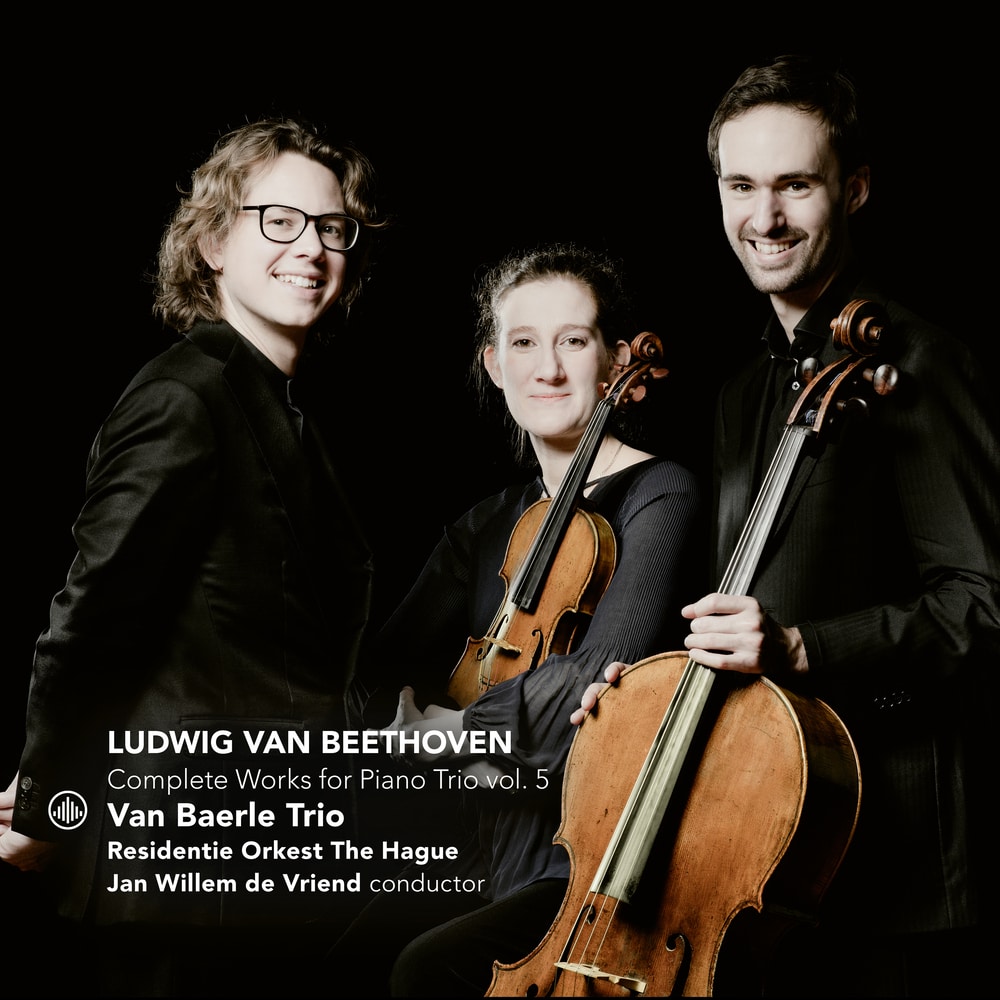 Available in 44.1 kHz / 24-bit AIFF, FLAC audio formats
In 1799, after having made a name for himself with major compositions in the genres of the piano trio, piano sonata, violin sonata, and string quartet, but before finishing his first symphony, Beethoven wrote a work for mixed strings and winds. This piece, the Septet op. 20, would become one of his most popular compositions, with a large number of arrangements, including the one for piano trio on this album. The form is clearly related to the divertimenti by Mozart, with six movements that alternate fast and slow tempos. The appearance of the Triple Concerto on the final album in this series might surprise some listeners, as it is the only work with orchestra, but this composition has more in common with chamber music than with concertos. It was written in 1805, and its instrumentation is highly exceptional if not unprecedented altogether. In tone, it is rather a stark contrast from Beethoven’s other concertos, which generally contain easily recognisable melodies and strikingly rhythmic material, neither of which are found to a great degree here. Furthermore, the opposition of soloist and orchestra, a central aspect of many solo works with orchestra written up until that point that was the engine behind much of the drama, is also absent, with the orchestra taking a largely subservient role to the three soloists. So, although the work was called a ‘Grand Concerto Concertant’ when it was published, it really has very little in common with other works with a similar title. The question is whether this piece is a concerto at all, or whether it could be more fruitfully played and judged as a different kind of experimental piece in a more collaborative genre. This album takes the latter approach, and by contextualising it in a series of piano trios, it presents this work as Beethoven’s most richly instrumented chamber music.
44.1 kHz / 24-bit PCM – Challenge Classics Studio Masters