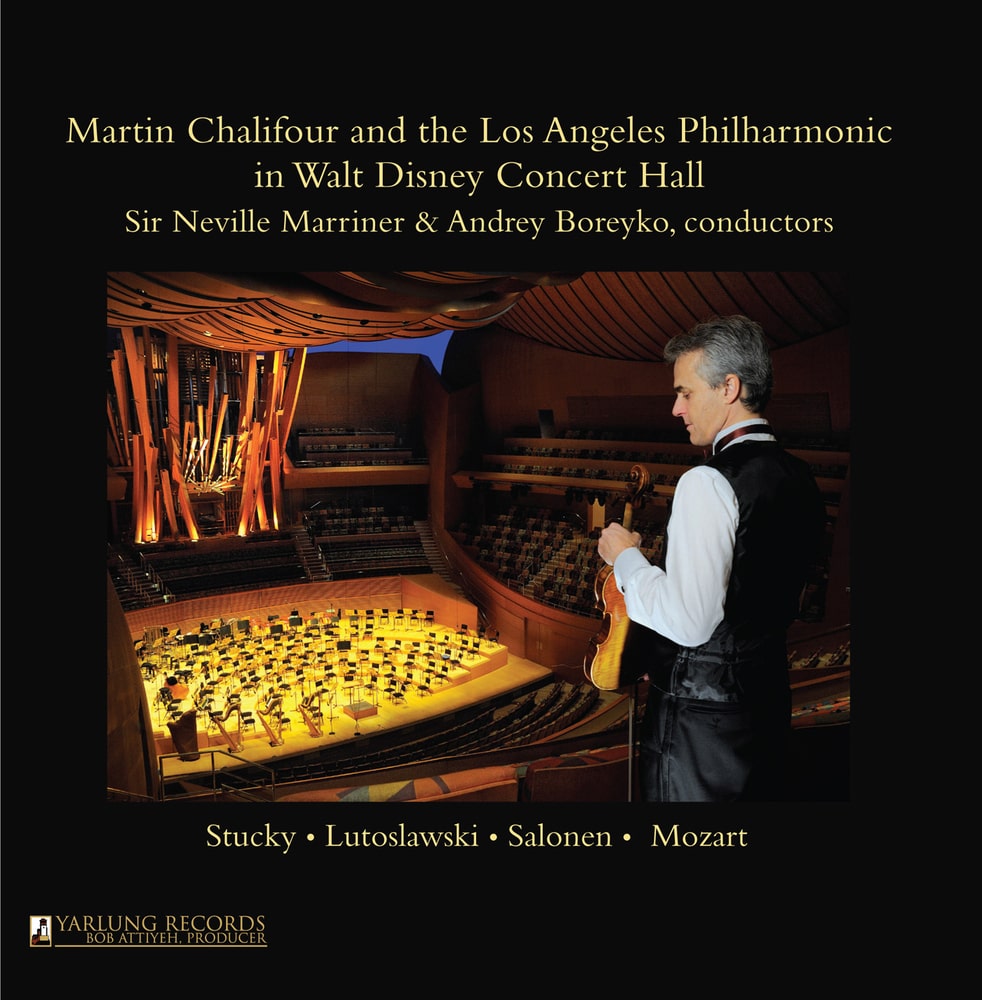 Available in 88.2 kHz / 24-bit AIFF, FLAC high resolution audio formats
Sir Neville Marriner and the Los Angeles Philharmonic perform Mozart’s Violin Concerto No. 5 with soloist Martin Chalifour in magnificent Walt Disney Concert Hall. Andrey Boreyko conducts the orchestra and Chalifour in Lutoslawski’s violin concerto Chain 2. This album also includes the world premiere recording of Steven Stucky’s Tres Pinturas, and Esa Pekka Salonen’s now iconic Lachen verlernt. Working in Walt Disney Concert Hall is a recording engineer’s dream, with excellent acoustics thanks to Yasuhisa Toyota. And thanks to architect Frank Gehry, the hall is an inspiring and beautiful place to work. Jerry and Terri Kohl once again allowed Yarlung to use their magnificent golden period Stradivarius for this recording. Martin plays this legendary Nathan Milstein Strad (the “ex Goldmann” from 1716) with Sir Neville Marriner in the Mozart Violin Concerto No. 5. Martin chose the famous 1729 “Joachim,” or “Petschnikoff” or “Jack Benny” Strad owned by the Los Angeles Philharmonic for the premiere Green Umbrella performance of Lachen verlernt. And Martin played his Miralles (made for Martin in 2007) in Tres Pinturas. “I ended up choosing several violins for this recording because of the way they made me feel. The Milstein Stradivarius of 1716 had the nobility and steady luster of sound needed in the “old world” works…. A sort of smoky color that is rich and mysterious…. This is one of the greatest string instruments on earth and I feel privileged to play it.” - Martin Chalifour
88.2 kHz / 24-bit PCM – Yarlung Records Studio Masters