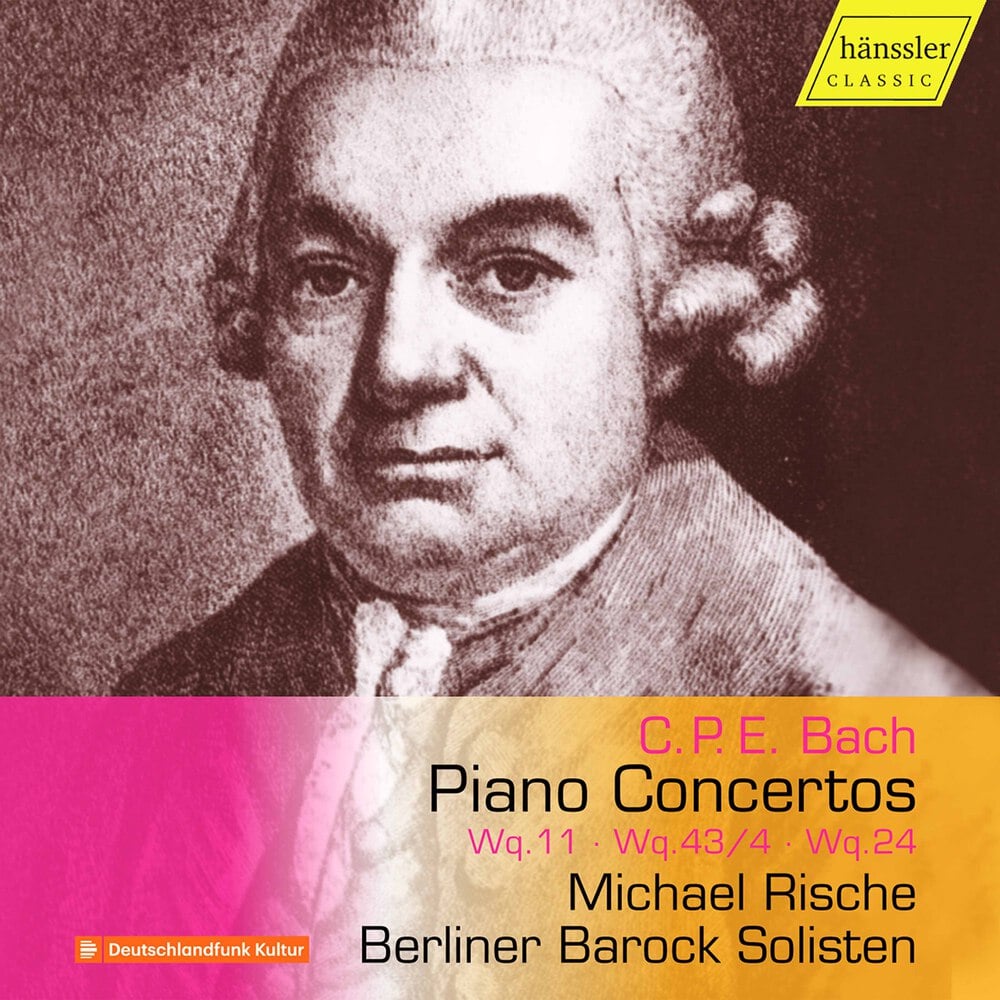 Available in 48 kHz / 24-bit AIFF, FLAC audio formats
What happened in Leipzig in 1733 was crucial to the development of a musical genre that has been an integral part of the music scene for over two hundred years: the keyboard concerto. That year, Johann Sebastian Bach wrote his great Concerto in D minor BWV 1052 and his second oldest son Carl Philipp Emanuel, aged just 19, composed his first keyboard concerto, the Concerto Wq 1 in A minor. Anyone who directly compares the two concertos will hardly believe that they were both written in the same place and at the same time: on the one hand, the elder Bach’s harpsichord piece, which plumbs the deepest depths of polyphony; on the other, the younger Bach’s new approach to keyboard-writing, a style that almost seems to overlook the omnipresent tradition of counterpoint. S etting aside the extremely complicated compositional history of JS Bach’s harpsichord concerto — from the presumed adaptation of an oboe concerto by Benedetto Marcello through to the arrangement of Bach’s own violin concerto for keyboard by his son Emanuel (BWV 1052a) — what is certain is that the younger Bach did not simply inherit the keyboard concerto as a genre from the hands of his father; he played a decisive part in shaping and enriching it from the outset. Another point to note is that the composer’s artistic identity fundamentally changed during this period: the truths of faith ceased to be the focal point, eclipsed by principles of the Enlightenment, namely self-assurance and self-reliance.
48 kHz / 24-bit PCM – haenssler CLASSIC Studio Masters