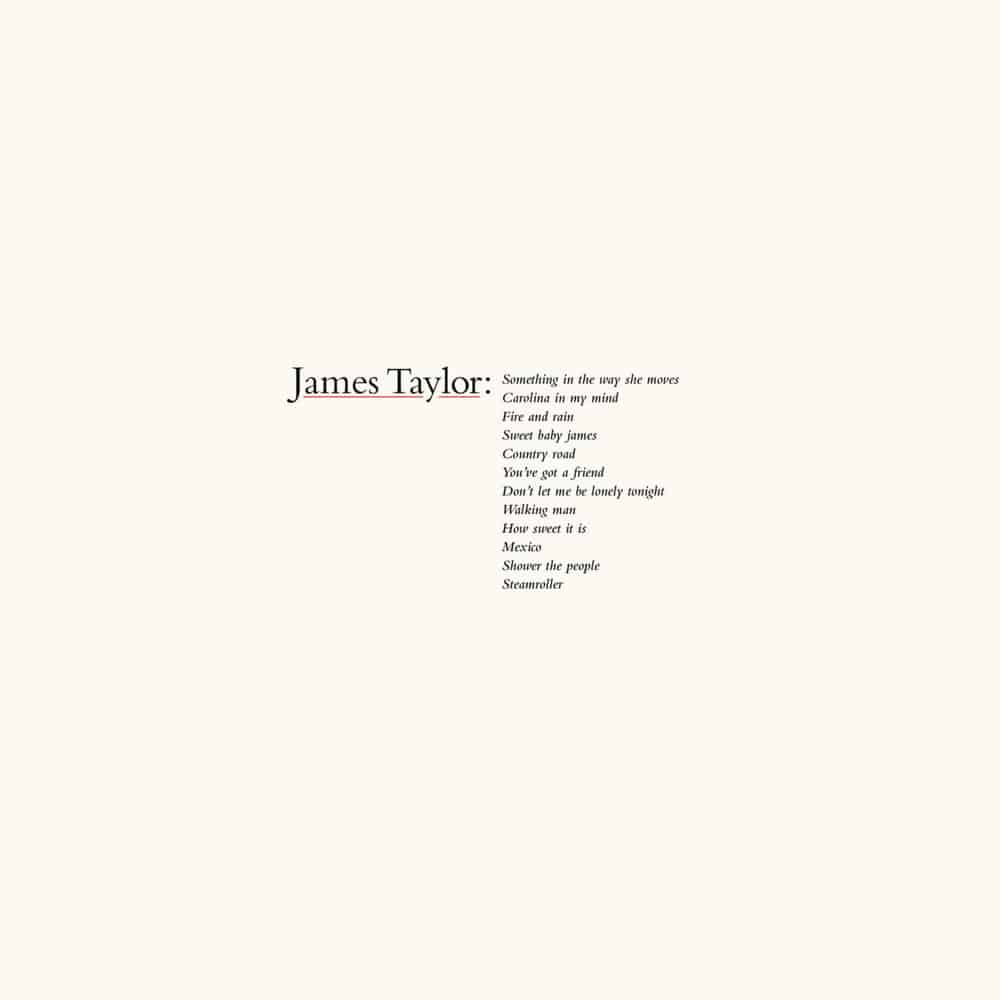 James Taylor's Greatest Hits is the first compilation album by American singer-songwriter James Taylor. Released in November 1976. To this day, it is the best-selling album of his career.

The album took place in the context of Taylor's end of his recording contract with Warner Records. It features two redone versions of "Carolina in My Mind" and "Something in the Way She Moves", both of which had been previously included on Taylor's self-titled debut album in 1968. It also includes a previously unavailable live version of "Steamroller".