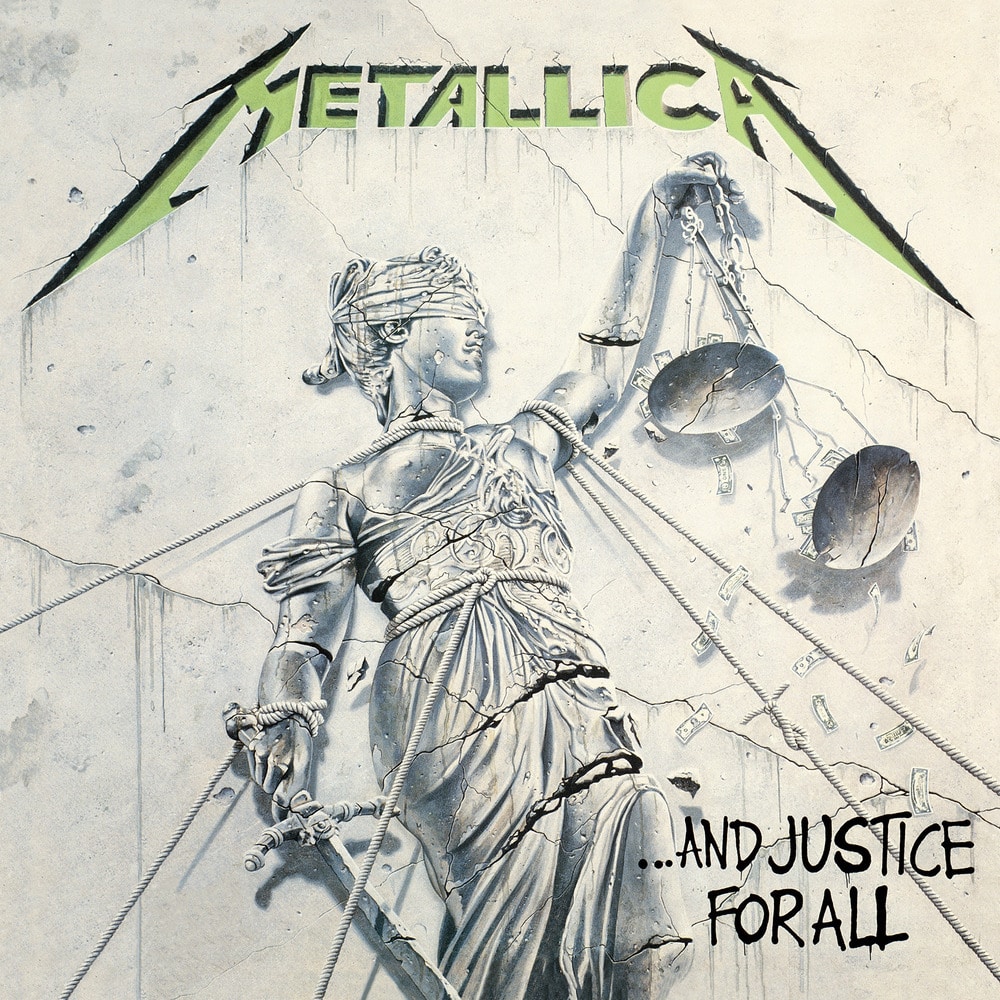 And Justice for All (Remastered)

"... Metallica’s infamously abrasive masterpiece gets its 30th-anniversary treatment at a time when its sociopolitical rumblings are painfully relevant. ...And Justice for All is the biggest metal band’s best album. I see you, Master of Puppets people, but I’ve strapped on the blindfold of Lady Justice and let the scales tip where they may: Justice wins. The songwriting of singer James Hetfield and drummer Lars Ulrich is their most complex and vicious, retaining the power of their early thrash while jettisoning its simplistic schoolyard chants and avoiding the less-compelling hard rock tendencies to come."
- Pitchfork (Best New Reissue)

...And Justice for All is the fourth studio album by American heavy metal band Metallica, released on August 25, 1988 via Elektra Records. As of 2020, ...And Justice for All became the second of two albums to feature five songwriters. This was the last album to feature songwriting contributions from Cliff Burton, and the first to feature contributions from his replacement, Jason Newsted. Burton received posthumous credit in songwriting on this album as he was killed in a bus accident on September 27, 1986.

Metallica recorded the album with producer Flemming Rasmussen over four months in early 1988 at One on One Recording Studios in Los Angeles. It features aggressive complexity, fast tempos, and few verse-chorus structures, with an oft-criticized dry and bass-light mix. The lyrical themes of political and legal injustice project through the prisms of censorship, war, and nuclear brinkmanship.

...And Justice for All was acclaimed by music critics. It was included in The Village Voice's annual Pazz & Jop critics' poll of the year's best albums, and was nominated for a Grammy Award in 1989, controversially losing out to Jethro Tull in the ill-fated "Best Hard Rock/Metal Performance Vocal or Instrumental" category.
96 kHz / 24-bit PCM – Blackened Records Studio Masters