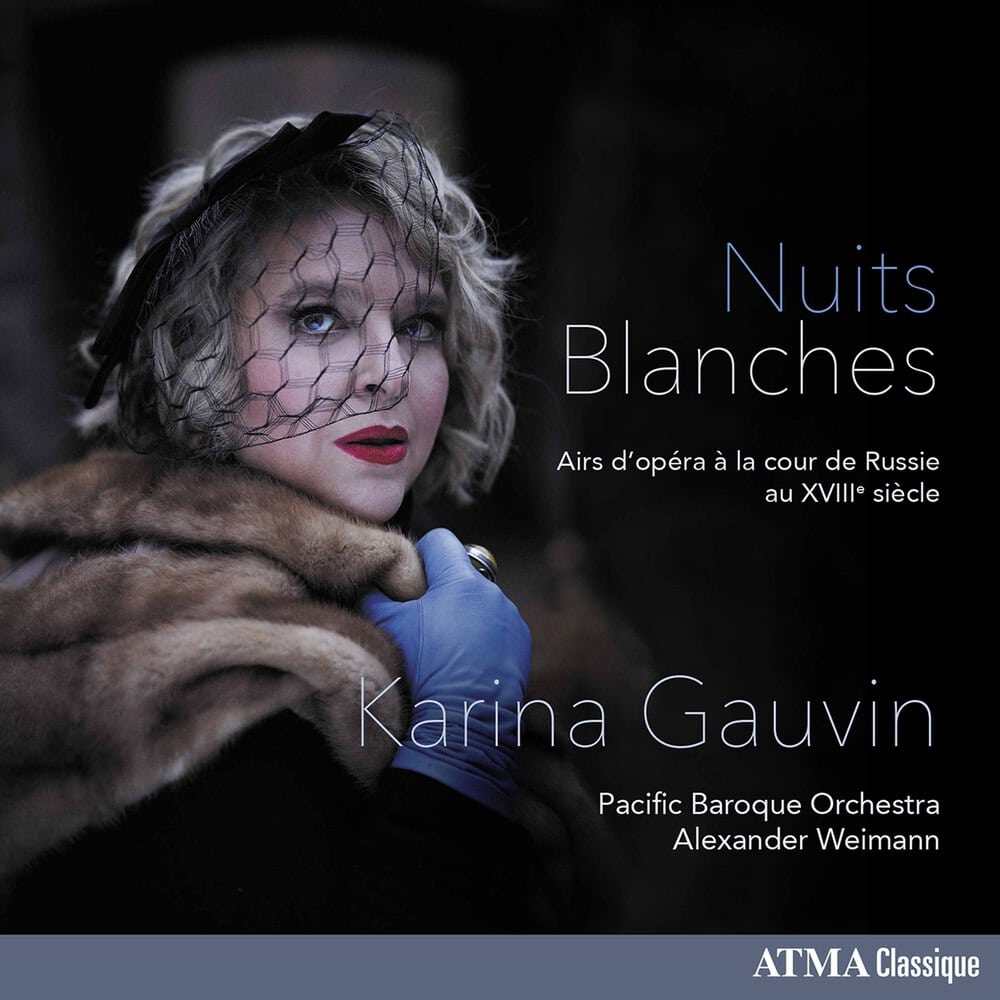 Nuits blanches: Opera Arias at the Russian Court of the 18th Century

Available in 96 kHz / 24-bit AIFF, FLAC high resolution audio formats
Nuits blanches ("White Nights") is a much-anticipated new recording by soprano Karina Gauvin, who stylishly animates the opera heroines of the 18th century Russian court. Musical life during the reign of Tsar Peter the Great was a rich blend of diverse styles and influences originating from all over Europe. The Tsar was known for his love of music, a tradition that was carried on by his successors, the Empresses Anne, Elizabeth, and Catherine II, who cultivated cosmopolitan tastes for all kinds of music, including opera. Karina Gauvin sings arias from rarely heard operas by Russian composers such as Dmitri Stepanovich Bortniansky (Alcide) and Maxim Sozontovich Berezovsky (Demofoonte), and German composer Christoph Willibald Gluck (Armide).
96 kHz / 24-bit PCM – ATMA Classique Studio Masters