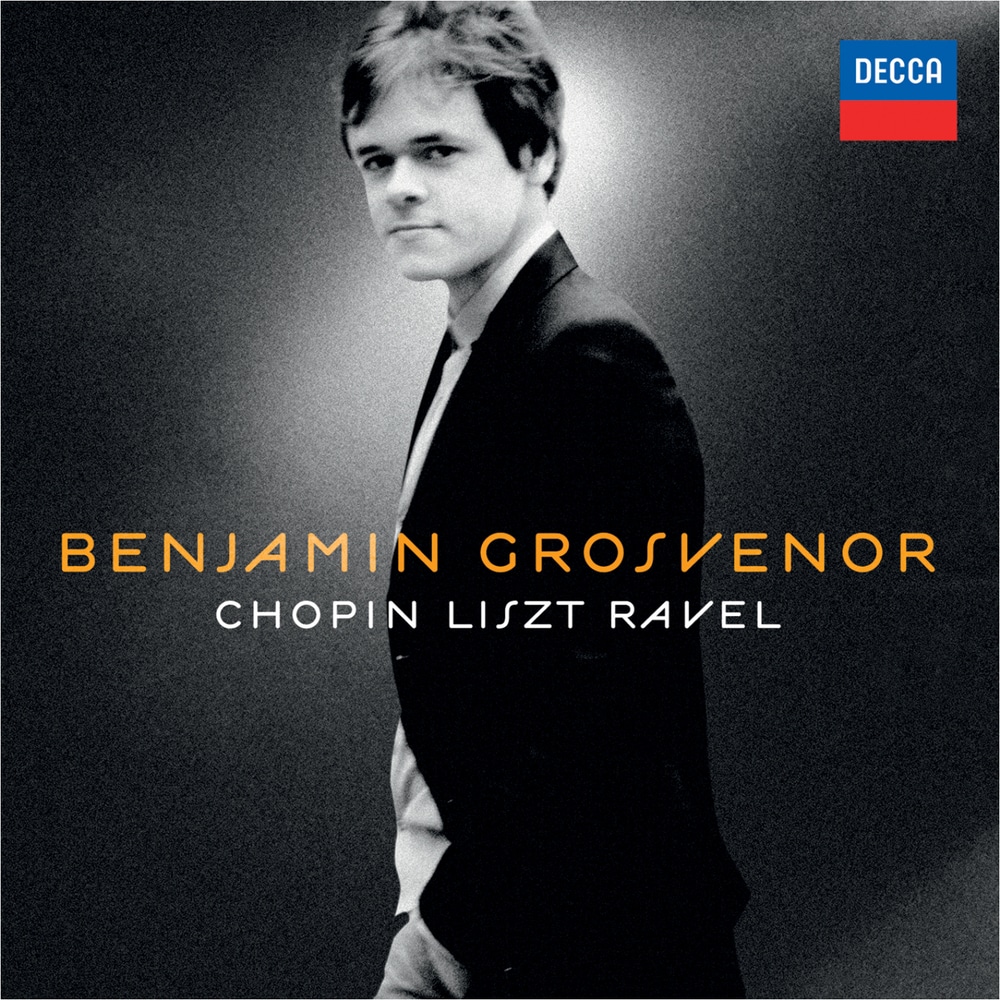 "... one of the most individual things about this stunning debut by Benjamin Grosvenor is his pervasive sense of balance and his unerring blend of Classical restraint and Romantic ardour ... He is a virtuoso who declines the mantle of virtuoso, every gestures being put exclusively and exhilaratingly at the service of the music. Grosvenor's playing exudes joy and spontaneity, seeming to release rather than interpret the music."
- BBC Music Magazine

"... evidence of an awesome talent, a pianist with fantastic natural reflexes in the Cziffra class and, more excitingly, a musician with purpose and imagination, whose playing transcends the sterile confines of the studio ... Crowning all is a masterly Gaspard in which an astonishing array of touch and tonal colouring are brought to bear in Grosvenor's vivid, distinctly defined characterisation of all three movements."
- Gramophone

Chopin, Liszt, Ravel is the debut release from young piano prodigy, Benjamin Grosvenor. He originally made a name for himself when he appeared in the BBC Young Musician Final at the age of 11.
96 kHz / 24-bit PCM – Decca Music Group Studio Masters