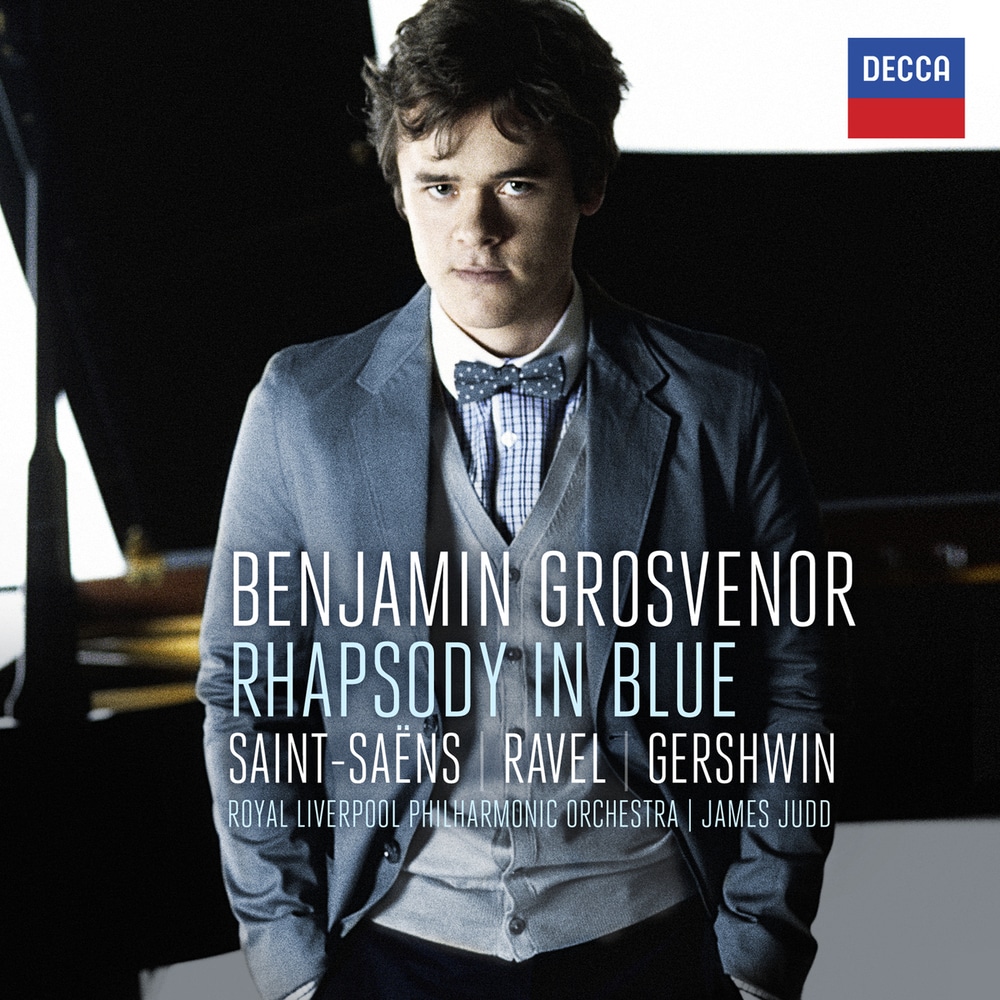 Available in 96 kHz / 24-bit AIFF, FLAC high resolution audio formats
"... reservations pale into Beckmesserish scratchings besides the delights of this disc and especially of Grosvenor's pianism. I can only concur with other critics who hear in his tone and phrasing echoes of a golden age ... For me, his playing of the Godowsky version of Saint-Saens's Swan is a high point ... A champagne disc - fizz and finesse." - BBC Music Magazine "... he opens [the Saint-Saens] with a rhetorical grandeur before setting the keyboard ablaze with a burst of swaggering, supercharged virtuosity ... He has technique to burn and his pungency and force are things to marvel at ... Grosvenor's Ravel brims over with individual touches ... while in Gershwin his virtuosity is once more exultant rather than brash...Grosvenor's is, at the least, a talent in a thousand." - Gramophone Following his highly successful debut album on Decca Classics, Benjamin Grosvenor releases his second disc featuring some of the foremost romantic piano concertos accompanied by the lush textures of the Royal Liverpool Philharmonic Orchestra.
96 kHz / 24-bit PCM – Decca Music Group Studio Masters