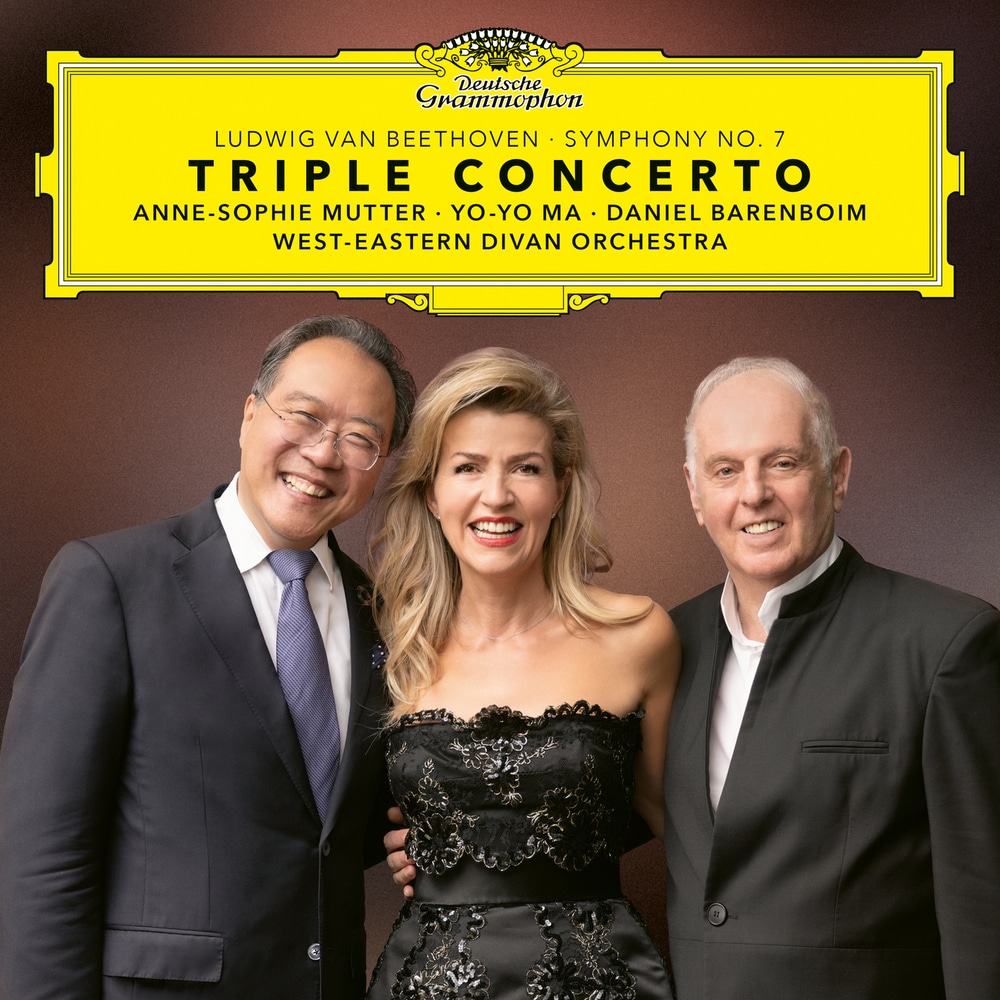 Available in 48 kHz / 24-bit AIFF, FLAC audio formats
Anne-Sophie Mutter, Yo-Yo Ma and Daniel Barenboim have released their new album, Beethoven: Triple Concerto And Symphony No. 7. The new recording celebrates a triple anniversary – the 250th anniversary of Beethoven’s birth, the 20th birthday of the West-Eastern Divan Orchestra, and it will be released 40 years after the legendary Triple Concerto recording made by Anne-Sophie Mutter and Yo-Yo Ma under Herbert von Karajan. Beethoven’s Triple Concerto, for violin, cello, piano and orchestra, features three of today’s most renowned classical artists and Beethoven interpreters – Anne-Sophie Mutter, Yo-Yo Ma and Daniel Barenboim. The Triple Concerto is the only concerto Beethoven composed for more than one solo instrument and the clearly delineated solo parts give the work a chamber-music feel. Beethoven composed his Triple Concerto while he was also working on the ‘Eroica’ Symphony, the ‘Waldstein’ and ‘Appassionata’ piano sonatas and his opera Fidelio. Beethoven: Triple Concerto And Symphony No. 7 was recorded at concerts held in Buenos Aires and Berlin – in July and October 2019 respectively – to mark the West-Eastern Divan’s 20th birthday. The orchestra, co-founded by Daniel Barenboim in 1999, now stands as a symbol of multicultural understanding, and is positive proof that working together for a shared goal can break down barriers and lead to reconciliation.
48 kHz / 24-bit PCM – Deutsche Grammophon (DG) Studio Masters